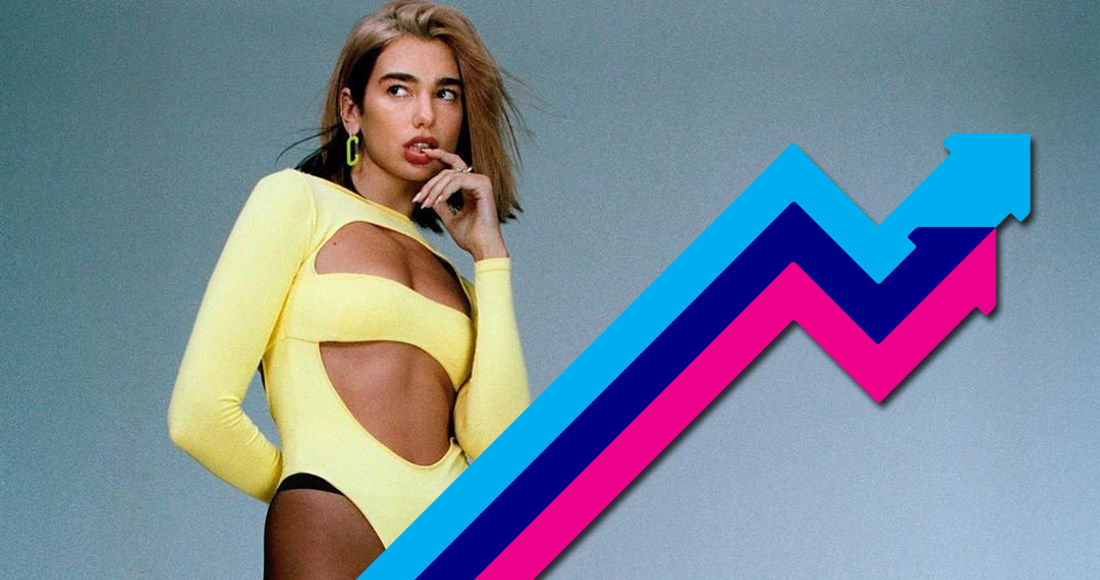 Since releasing Don't Start Now on Friday, Dua has made high-profile appearances performing the track on The Graham Norton Show and also opening the MTV EMAs, which took place in Seville on Sunday night. Don't Start Now was written and produced with the team behind New Rules, Dua's first ever Number 1 single in 2017.

As Don't Start Now currently sits at Number 2 on today's sales flash, it may well end up being her third chart-topper on the Official Singles Chart – her second being Calvin Harris collab One Kiss, which topped the chart for eight weeks in 2018. See where Dua's Top 40 singles charted here

Elsewhere, Jax Jones' track with Ella Henderson, This is Real, is gaining momentum and is on track to break the Top 20 this week – Ella's Sigala collab We Got Love also appears further down. And Tell Me, a new team-up from Krept & Konan, D-Block and Hussle, is also making waves this week. Krept & Konan's Wizkid collaboration is also making an impression and looks set to go Top 40 on Friday.

Following a girlband battle on last week's show, the cast of RuPaul's Drag Race UK have a trending hit on their hands with Break Up (Bye Bye), and AJ Tracey and Skepta's long-awaited team-up Kiss and Tell also looks set to have an impact on this week's chart.

Following the release of the soundtrack to the new Charlie's Angels movie, Ariana Grande, Normani, and Nicki Minaj's Bad To You is proving to be the breakout track, while Endor's Pump it Up is also one to watch in the coming weeks.