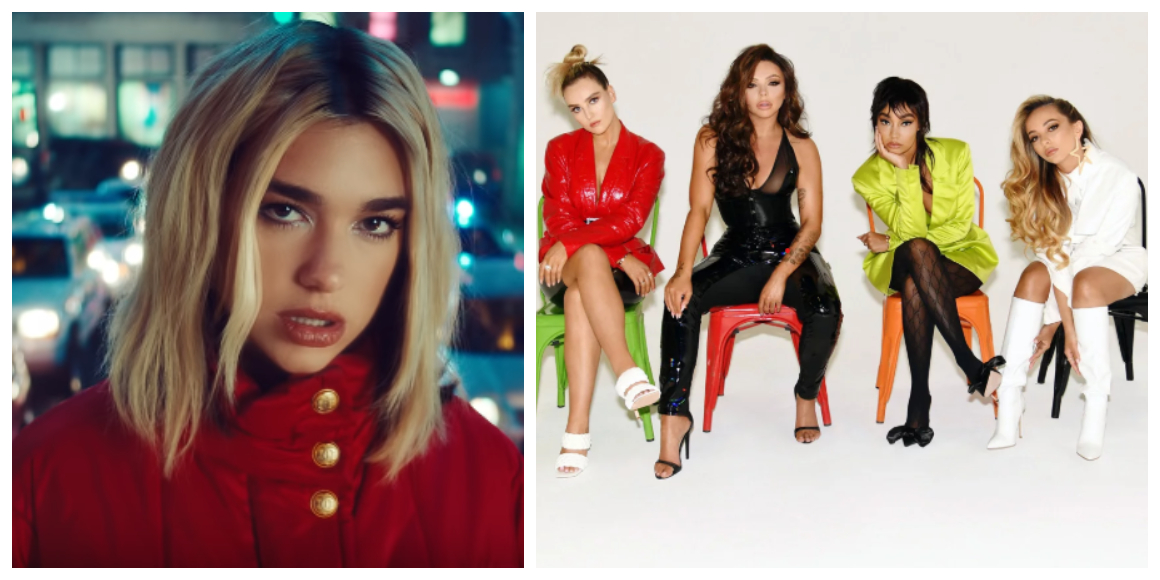 Don't stop now - Dua Lipa is showing zero sign of taking her foot off the gas as new single Break My Heart completes a hat trick of Top 10 midweek entries for the singer on today's Official Chart First Look.

The 24 year-old's recent hit single Physical continues its ascent this week, looking at a new peak position  of Number 3, while former smash Don’t Start Now still rides high at 4 in its 22nd week on chart. If that's not enough, Dua's latest offering, Break My Heart, from new album Future Nostalgia which was released on Friday, is on course for a high new entry too at Number 7. See all of Dua Lipa's singles and albums and where they charted.

While Dua eyes up domination of the Top 10, The Weeknd basks in the glow of his current Number 1 album, and now the Canadian looks set to topple Saint Jhn to return to the top of the Official Singles Chart for a sixth non-consecutive week with Blinding Lights.

Little Mix are heading for the highest new entry of the week with Break Up Song (5). Hear what Little Mix singer Jesy Nelson had to say about the girl group's latest single as well as life in lockdown in our interview.

Grime stars Skepta and Chip have joined forces with D-Block Europe’s Young Adz on a surprise collaborative album, Insomnia, and three of its tracks are charging into the midweek Top 40, led by Waze at Number 13, Mains (22) and Golden Brown (32). View the the Official Chart First Look Top 20 in full below.