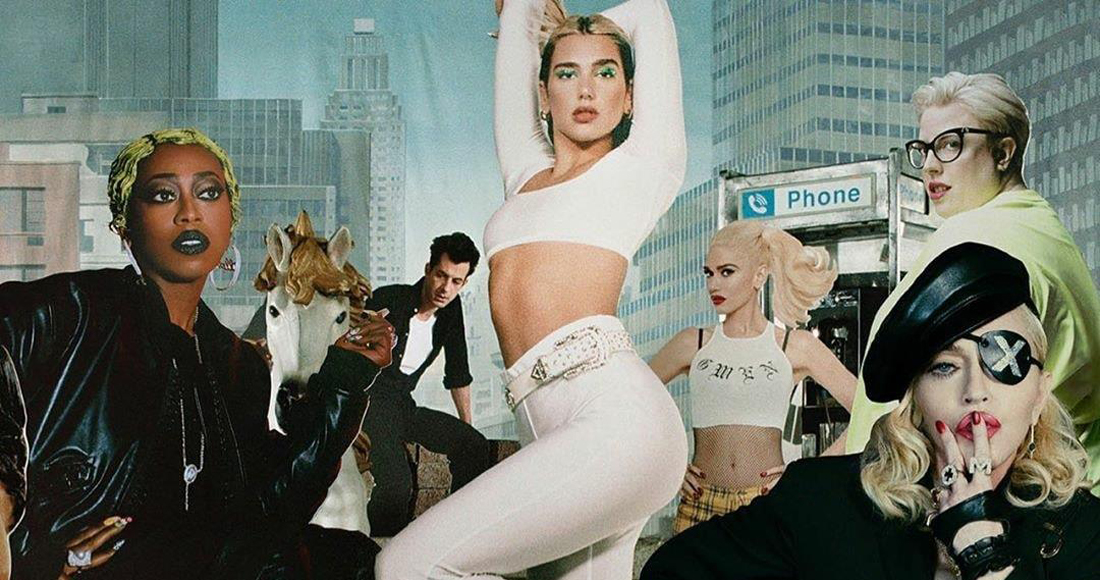 UPDATE (AUGUST 11): Dua Lipa has announced a one-week delay to the release of her upcoming remix album Club Future Nostalgia.

During her stint guest hosting Jimmy Kimmel Live in the US, Dua confirmed while interviewing soon-to-be collaborator Gwen Stefani that their song and the rest of the album will now be released on August 28.

Dua explained: "We're doing an animation for every single song on the record, so it's going to take a little bit of time, but it's going to be amazing. Just wait till they here you [Gwen]".

Lead cut from the album Levitating ft. Madonna and Missy Elliott is however still scheduled for release this Friday, August 14.

Watch the full chat below.

ORIGINAL ARTICLE (AUGUST 5TH): Dua Lipa has teamed up with a roster of pop icons for a new remix collection featuring songs from her latest album Future Nostalgia.

Dua recently announced that a re-work of her track Levitating - featuring Madonna, Missy Elliott and remixed by Blessed Madonna, no less - will be released on on August 14.

Now she's confirmed a full remix album, titled Club Future Nostalgia, will arrive on August 21 and will feature a rather impressive lineup of names.

Gwen Stefani and Mark Ronson will feature on a new version of her hit Physical, while fans are have spotted a few clues in the accompanying image online. Is that Jamiroquai's logo on the red car? Is that the edge of Normani on the far left? And could the horse be a nod to Kylie Minogue or Goldfrapp? We'll have to just wait and see (and pray).

Future Nostalgia is the biggest album release of 2020 so far by a British act, topping the Official Albums Chart for four weeks in April/May.

The record is also one of the UK's bestsellers on vinyl this year, and is also proving popular on the recently revived cassette format. Last month Future Nostalgia was shortlisted for the 2020 Mercury Prize.