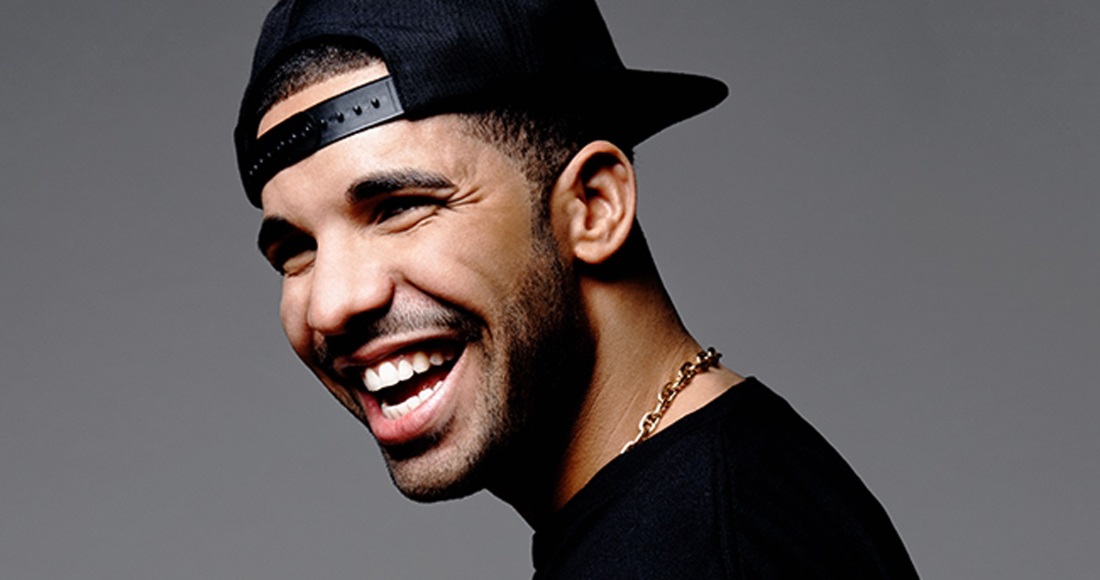 He's been work-work-work-working away as a featured artist for many years, but this week glory finally belongs to Drake as he enjoys his first Number 1 as a lead artist. One Dance, featuring Wizkid and Kyla, is actually Drake's second chart-topping hit – he first tasted the Number 1 experience guesting on Rihanna's What's My Name back in 2010.

What better way to mark Drake's achievement than have a nose through the archives and count down the Canadian star's biggest UK hits, based on sales and streams?

Kicking off Drake's Top 10 is, perhaps unsurprisingly, that very first Number 1. As the second single from Rihanna's massive Loud album, What's My Name spent five weeks in the Top 10 before finally hitting the summit in January 2011, knocking off Matt Cardle who, funnily enough, had duetted with RiRi during The X Factor final. It was Rihanna's fifth Number 1, but the very first for Drake and it comes in as his biggest song with an impressive tally of over 892,300 combined chart sales.

Next up, Drake's in the driving seat. His hugest track as a lead artist is the haunting Hold On We're Going Home, feat. Majid Jordan. Despite spending seven weeks in the Top 10 and landing over 803,000 chart sales, the track stalled at Number 4 on the Official Singles Chart back in 2013.

MORE: See all Drake's UK hit singles and albums in his archive

We're brought a little more up-to-date with the song in bronze position. Hotline Bling, which started blowing up your radio a mere eight months ago, enjoyed a slow and steady climb before peaking at Number 3 last October. With 21 weeks in the Top 40 under its belt, Hotline Bling has racked up 694,000 chart sales. Not only that, but Drake's rather unique dancing turned the video into a bit of a meme. The dream, really.

Oh look who's back on the song at Number 4. Yep, Rihanna makes an appearance once more, but this time she's the special guest. Take Care was a second Top 10 for the Drake/RiRi dream team when it made its brief appearance at the end of 2011. Steady sales and six months (!) in the Top 40 mean Take Care's amassed a tally of over 672,000.

MORE: See all Rihanna's hits in her Official Chart archive

And bringing us slap bang into the here and now, it's Drake and Rihanna's most recent team-up. Work, the lead single from Rihanna's eighth album ANTi, debuted in the Top 40 in February and managed to spend two weeks at Number 2, thwarted by Lukas Graham's 7 Years. It's got potential to go much further in Drake's all-time chart – Work is still in the Official Singles Chart Top 10 and is on over 667,000 combined sales.

At 6, it may not have even made the Top 40, but small, steady sales and streams over the last seven years mean Forever makes a decent showing. The track, with Kanye West, Lil Wayne and Eminem, peaked at Number 42 in 2009 and was Drake's first chart appearance in the Official Singles Chart.

They may not have as lucrative a partnership as the one he has with RiRi, but Drake and Nicki Minaj's team-ups also make an appearance in his all-time Top 20. Moment 4 Life is the biggest – that lands at 9.

And if you're interested, his current Number 1 One Dance is at 24, but we reckon it won't be long before it makes its impact on the Top 10…

MORE: Drake scores his first Number 1 as a headline artist