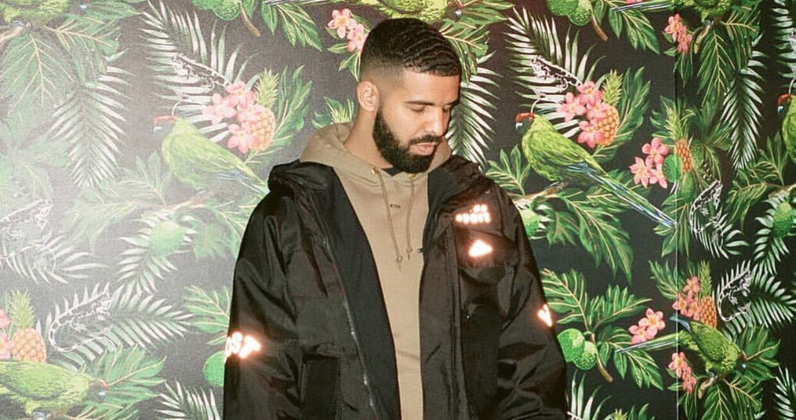 Drake has made a last-minute grab to claim this week’s Number 1 on the Official Singles Chart.

The Canadian rapper’s latest track Nice For What – surprised released last Saturday (April 7) - has been scaling the Top 40 all week and narrowly edges out last week’s chart-topper, Lil Dicky and Chris Brown’s Freaky Friday (2), to bag the top spot.

Nice For What is Drake’s fourth Number 1 on the Official Singles Chart and second this year, following What’s My Name (with Rihanna, 2010), One Dance (2016) and God’s Plan (2018). View Drake's complete Official UK Chart history.

Drake also holds off strong competition from Calvin Harris and Dua Lipa, whose new single One Kiss lands at Number 3, earning Calvin his 24th Top 10 and Dua her fifth. Look back at every Number 1 on the Official Singles Chart ever.

It was a close finish at the top, with just 2,096 combined sales separating this week’s Top 3.

UK rapper B Young reaches a new peak with his breakthrough hit Jumanji, up one place to 13, while this year’s winner of The Voice UK, Ruti, debuts at 14 with her winner’s single, a cover of The Cranberries’ 1993 hit Dreams. It’s the second-highest placing for a Voice winner’s single on the Official Chart, behind Stevie McCrorie’s Lost Stars, which reached Number 6 in 2015.

Further down, Kylie Minogue scores her 51st Top 40 hit with Dancing at 38, Sean Paul’s Mad Love ft. David Guetta and Becky G lifts five places to enter the Top 40 at 39, and Cardi B makes a second entry with I Like It ft. Bad Bunny and J Balvin at 40.