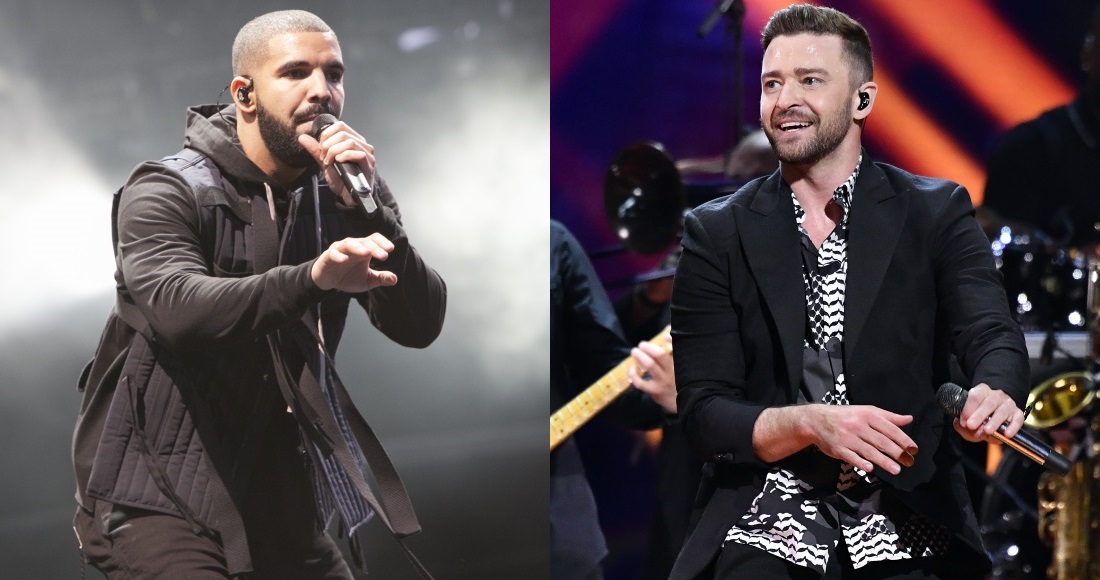 It looks like the race for the UK’s Official Number 1 single will be another fiercely fought battle this week.

Drake and Justin Timberlake continue their tussle for the top spot, with the rapper’s current leader One Dance just 614 chart sales ahead of Can’t Stop The Feeling at the halfway stage of the chart week.

Last Friday One Dance logged its sixth week at Number 1, making it the longest-leading Official Chart-topper of the year so far and longest reigning Number 1 since Mark Ronson’s Uptown Funk.

The rest of the Top 5 in today’s Official Chart Update is made up of Calvin Harris and Rihanna’s This Is What You Came For (3), Sia’s Cheap Thrills (4) and No Money by Swedish duo Galantis, who climb a spot to Number 5.

US singer Gnash is on course to make a significant gain on this week’s Top 40; his breakthrough song I Hate You, I Love You is up 16 places to Number 17 on today’s update, while Craig David’s latest offering One More Time lands at Number 23.

Finally, This Girl – a track by Australian trio Cookin’ On 3 Burners with French producer Kungs – is set to make its Top 40 debut this Friday, zooming 57 places to Number 34 on today’s update.

Click through every Official Number 1 single of 2016 so far below: