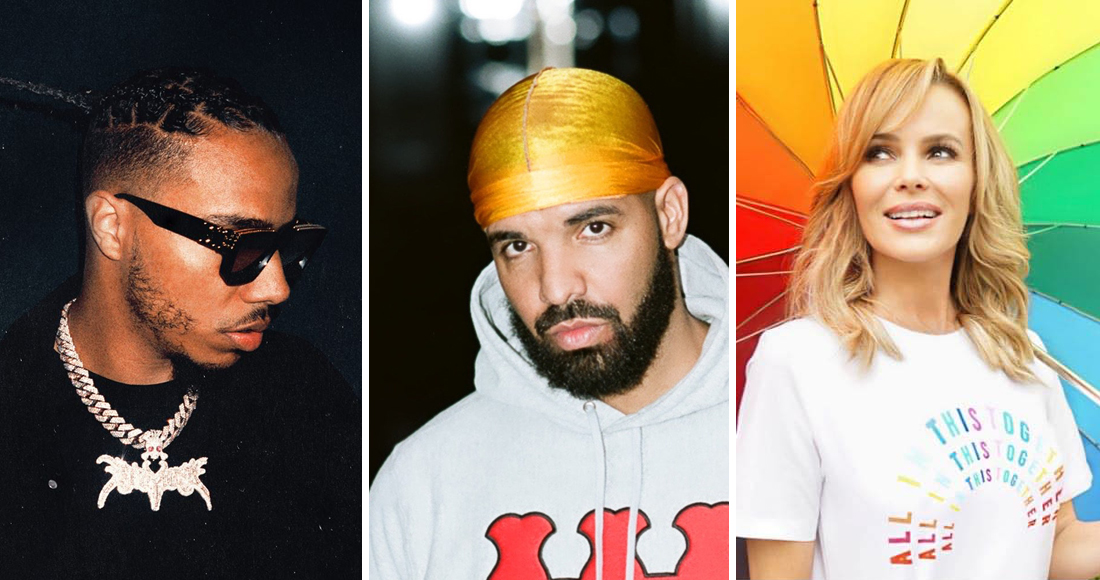 It looks like it will be a big week for Drake on this week’s Official Singles Chart: he’s set to land three spots in the Top 10 following the release of his Dark Lane Demo Tapes album.

Current single Toosie Slide jumps from 4 to 2, Chicago Freestyle ft. Giveon is new at 7, and Not You Too ft. Chris Brown opens at 9. View Drake's full Official Chart history so far here.

A new remix of Doja Cat’s Say So featuring Nicki Minaj could send the track to a new peak this week, up seven places to Number 3. Say So has already proven a runaway hit this year, already spending nine weeks inside the Top 10.

Similarly, a new version of Megan Thee Stallion’s Savage featuring Beyoncé is sending the song up the chart, currently up 18 places to Number 4.

Finally, Amanda Holden is set to make her Official Chart debut this week with her rendition of classic hit Over The Rainbow, currently placed at Number 14. The TV star and Britain’s Got Talent judge is releasing the song to raise money for the NHS.