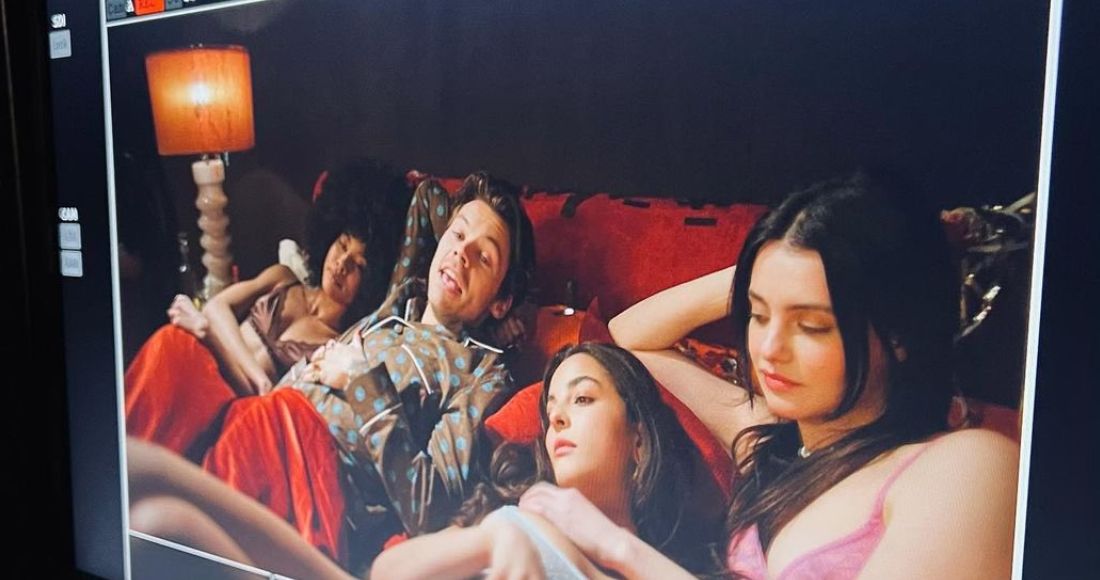 If anyone's going to give you a reason to stay up all night, it's Harry Styles.

Speaking of staying up all night...Harry has finally (finally!) dropped the visuals for Late Night Talking, the next single to be taken from his third solo record, Harry's House.

The album's second track, Late Night Talk comes with an Alice In The Wonderland-inspired dreamscape, directed by Bradley & Pablo (who also shot the visuals for Watermelon Sugar) which sees Harry dive head first into bed to find his partner.

If you saw those pictures circulating a while ago of Harry sat up in a massive bed riding down a London road and wondered what that was going to be used for...well, wonder no more. Now you know.

Late Night Talking may only now be getting the proper single treatment, but it's already been massively popular on the Official Singles Chart - where it peaked at Number 2 following the release of Harry's House.

That week was a very impressive one for Harry; not only did he score the rare Official Charts Double with a Number 1 album (Harry's House) and single (As It Was) he also claimed the entire Top 3 of the Official Singles Chart at the same time with As It Was, Light Night Talking and Music For A Sushi Restaurant.

Harry's third solo era is looking to become his most successful by far - the dominance of Harry's House and its 80s-inflected lead single as seen the former teen idol claim the longest running Number 1 album of 2022 so far (Harry's House had four non-consecutive weeks at the top) and single too (As It Was' mighty reign of 10 weeks at the top of the Official Singles Chart).

As It Was has also now been named the biggest single of 2022 so far by the Official Charts Company, with Harry's House currently the second-biggest album of the year so far too.