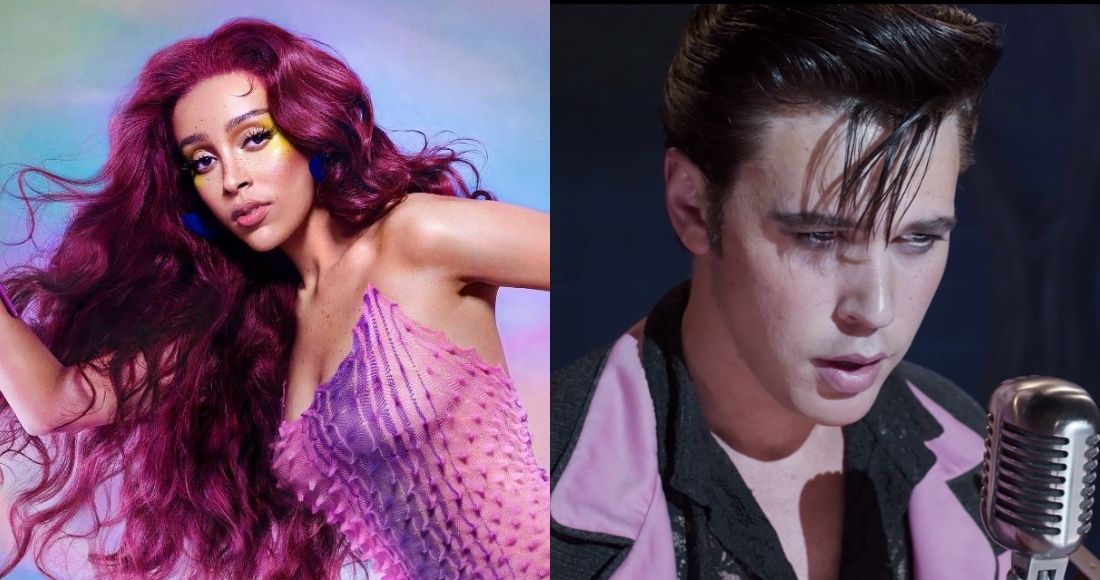 Doja Cat has officially confirmed that she will release a new song from the upcoming Elvis biopic from filmmaker Baz Luhrmann.

Fans have been expecting news on Vegas for quite some time, and now we finally know that, yes, the song does exist, and it's coming quite soon - next month, within a week, that is.

It was announced today (April 26) that Doja Cat will issue Vegas as the lead single from the Elvis OST on May 6 via RCA Records.

The song contains an interpolation of Hound Dog by Big Mama Thornton - a 50s blues classic that was re-recorded and sped up by Elvis himself for a 1956 release.

Doja recently performed Vegas for the first time in her Coachella set. The OST will also feature contributions from Gospel artist Shonka, who portrays Big Mama Thornton in the film.

American actor Austin Butler will play Elvis, and none other than Tom Hanks will take on the role of Elvis' long-time manager, Colonel Parker. It's of course suspected that Butler will be covering the length and breadth of Elvis classics for the film too.

Elvis himself, who died in 1977, is one of the most successful acts to ever enter the Official Charts. In fact, Elvis has the most Number 1 hits of any act, ever, on the chart - beating out competition from the likes of The Beatles, Ed Sheeran and Madonna.