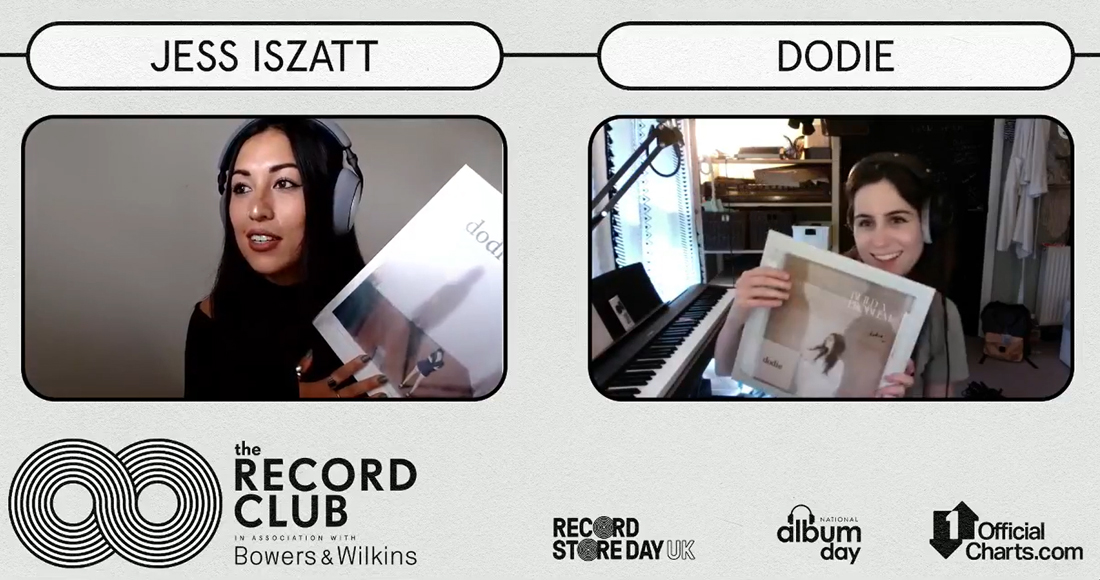 Singer-songwriter Dodie joined the latest episode of our livestream series The Record Club to discuss her debut album Build A Problem.

Kicking off by celebrating her Number 3 debut with the album, Dodie thanked fans for all their support and admitted she's been so excited she's been tempted to go up to people in the street to get them to look her up on the Official Albums Chart (!).

MORE: Exciting albums to come in 2021

Later, Dodie discussed the stories behind the tracks on the record, including the string-laden 4 Tequilas Down.

"You want the goss!" Dodie said, explaining that part of the reason she included the song was to challenge peoples' opinion of her, "I think I'm kind of sick of having this view of me as this perfect angel, cute, child-person. But I'm an adult, I'm 26. I'm A woman. I've had sex and I've f**ked it up a bit. It's a real experience. I don't want to shy away from that - [though] I definitely don't want to f**king talk openly about it either!"

Watch back The Record Club with Dodie below.

Elsewhere, Dodie explained how she scored the string parts that tie together six of the tracks on the album, despite not knowing entirely what she's doing. "I just think you shouldn't let all of that get to you - you should try and make music in whatever way you can."