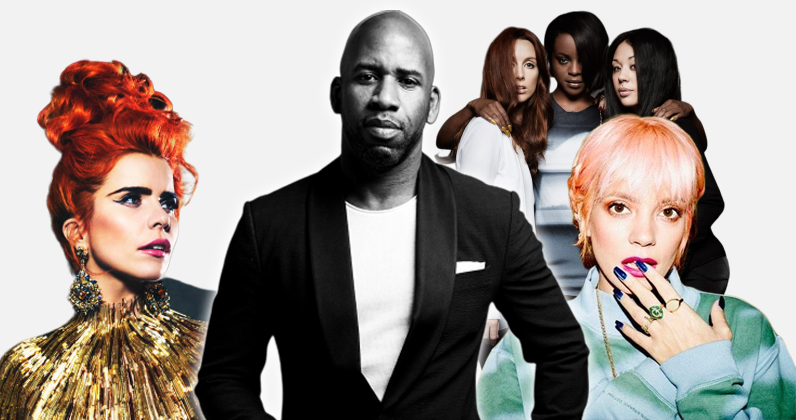 This year marks twenty years since garage music hit the mainstream, when Shanks & Bigfoot hit Number 1 on the Official Singles Chart with Sweet Like Chocolate. Before that, the genre spent the best part of a decade growing a massive following in underground clubs and on pirate radio.

Helping garage on its way to the top of the charts were the Dreem Team. Made up of DJ Spoony (aka Jonathan Joseph), Timmi Magic and Mikee B, the trio started out on pirate radio before bringing the sound to Kiss FM and eventually BBC Radio 1 in 2000. Together they helped bring a flurry of garage tunes to the masses, including DJ Luck & MC Neat’s A Little Bit of Luck, So Solid Crew’s 21 Seconds and Sweet Female Attitude’s Flowers.

“Back then,” Spoony tell us, “we were running up and down the country DJ-ing individually and collectively with Timmi and Mickee. The beauty at that time was that we didn’t all have such great access to music, so we were the tastemakers. It was nice to be able to pick something up on a tape, get it cut on to a piece of acetate, play it on the radio, talk about it and then see it in the national charts. There was always a bit of personal pride with that.”

Two decades on, the genre’s commercial high point is now ripe for nostalgia, especially with those for whom garage soundtracked their teenage years, now all grown up with jobs and keen to re-live their youth. Enter Garage Classical, a live show launched by DJ Spoony in 2018 that is gearing up for its third and biggest show to date at London’s Royal Albert Hall on October 24. It’s a similar proposition to Pete Tong’s Classic House, but reincarnating garage staples with the help of the Ignition Orchestra.

“It was always a dream and ambition to do a show like this,” Spoony told us about the upcoming show. “It’s one of the most famous music venues in the entire world, so to get there in just over a year is phenomenal really.” Last year Garage Classical played to sold-out audiences at London’s Eventim Apollo and the Barbican. “For people who have seen the shows before,” Spoony adds, “every time we’ve added something new to it. With every show, it becomes more refined and a bit better. On this one, if someone can’t perform who has before, we think about how we can replace them with someone who is different, and maybe bigger.”

With Garage Classical still growing, is there a danger that only garage’s very biggest songs will be remembered in a genre that had as many underground hits as it did commercial ones? "I think it’s in safe hands," Spoony says. "I was a UK garage underground DJ and then I was one of the people responsible for taking it to the nation on Radio 1. I’ve straddled both lines and I’d like to think I’ve done it at least competently since 1996. There will always be an element of entertainment and for the masses – we’re in the Royal Albert Hall after all – but there will always be something in there for the die-hards.”

As well as the show, Spoony is releasing the album Garage Classical on October 11. The record features – you’ve guessed it – classic garage songs with a live orchestral twist performed by big-name artists. Paloma Faith, Lily Allen, Gabrielle and the original Sugababes line-up all feature, with the latter covering Sweet Female Attitude’s Flowers. “I know [Sugababes’] Mutya [Buena] and Keisha [Buchanan] personally because they are huge garage fans,” Spoony explains of the unexpected collaboration. "They were always out in the garage clubs, but at the same time, they were huge pop stars and the biggest girl band in the country. They’ve done this project out of love. As soon as I asked them, they said they’d love to do it. They’ve done an incredible job with Flowers."

It’s a similar story, he explains, with Paloma Faith, who grew up a “bonafide garage girl” and went on to become a pop star. “She then became huge in pop so she couldn’t make a garage record. Now, she’s at a stage in her career where she can do what she likes, and she wanted to make a garage record.”

While Garage Classical mostly plays to a generation who remember it first time around, it seems the sound has been away long enough for it to make a return in hits by today’s up and comers. AJ Tracey’s Ladbroke Grove, produced by garage DJ Conducta, is at the forefront of its revival, while Krept & Konan’s Pour Me Another One and Bugzy Malone’s Through The Night sample old garage hits. The latter features DJ Luck and MC Neat performing A Little Bit Of Luck, a UK Top 10 hit in 2000. But can garage really be pushed forward in 2019, or is it all simply feeding off nostalgia?

“I think it can be pushed forward, definitely” Spoony says. “Bugzy Malone is working with a track from 20 years ago and introducing it to a new audience with a fresh spin. But it’s more than just nostalgia. Part of why garage music is so great is because of the melodies. People won’t watch an old film just because it’s an old film. It has to be good. With garage, it was good music, and then the nostalgia comes with it. The garage songs we’re listening to today are just very good songs with brilliant melodies.”

Garage Classical the album is released on October 11. Tickets for the show at London's Royal Albert Hall are on sale now.