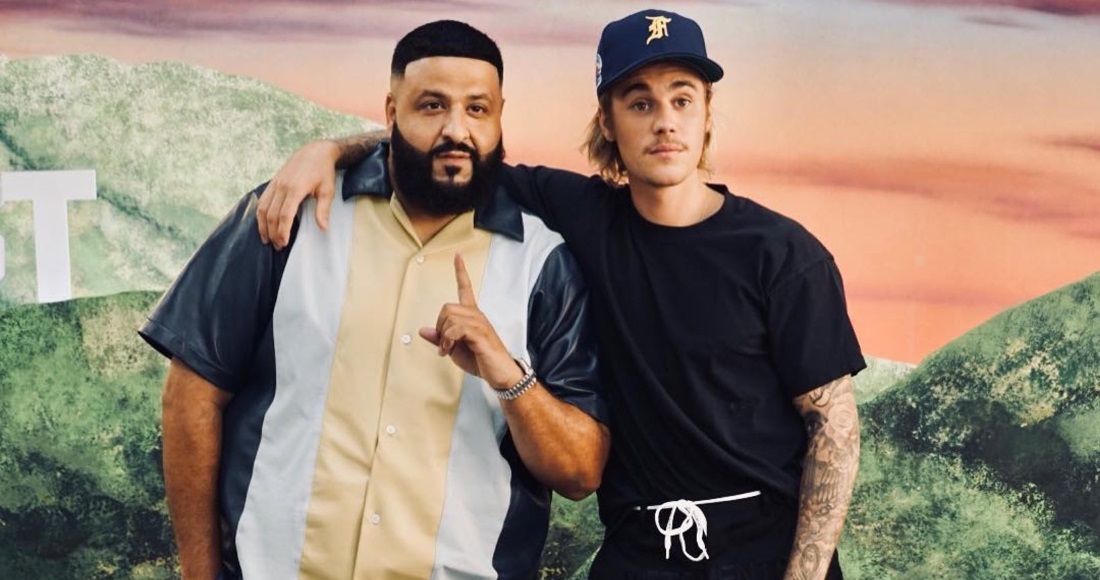 Another one. DJ Khaled could have a major hit on his hands, and Justin Bieber is along for the ride.

No Brainer, which drops this Friday (July 27), features Bieber, Chance the Rapper and Quavo, three of the four featured artists on the producer's UK Number 1 single I'm The One released last May. Not sure why Lil Wayne wasn't invited to the party again this time around!

DJ Khaled has teased the collaboration for weeks on social media, confirming that the song will feature on his upcoming album Father of Asahd. In addition to revealing the song's release date, it has also been confirmed the music video will arrive the same day. With video streams and downloads now counting towards the Official Singles Chart, it looks like DJ Khaled is aiming for a big opening week.

It's been a quiet time in music for Justin Bieber - No Brainer marks his first single since last August when he released the Number 2-peaking track Friends with Bloodpop.

Talking more about No Brainer earlier this month on Conan, DJ Khaled said: "I trust y'all, this is top secret. It's going to be one of the biggest anthems. I'm ready and I'm fully loaded."

No Brainer will be DJ Khaled's first new single in four months, since he released Top Off featuring Beyoncé and Jay Z in March. Look back at DJ Khaled's full UK chart history, which includes two Number 1 singles.

Other artists who DJ Khaled has teased working with on social media include Diddy and Stefflon Don, plus he recently featured on Jennifer Lopez's latest single Dinero.