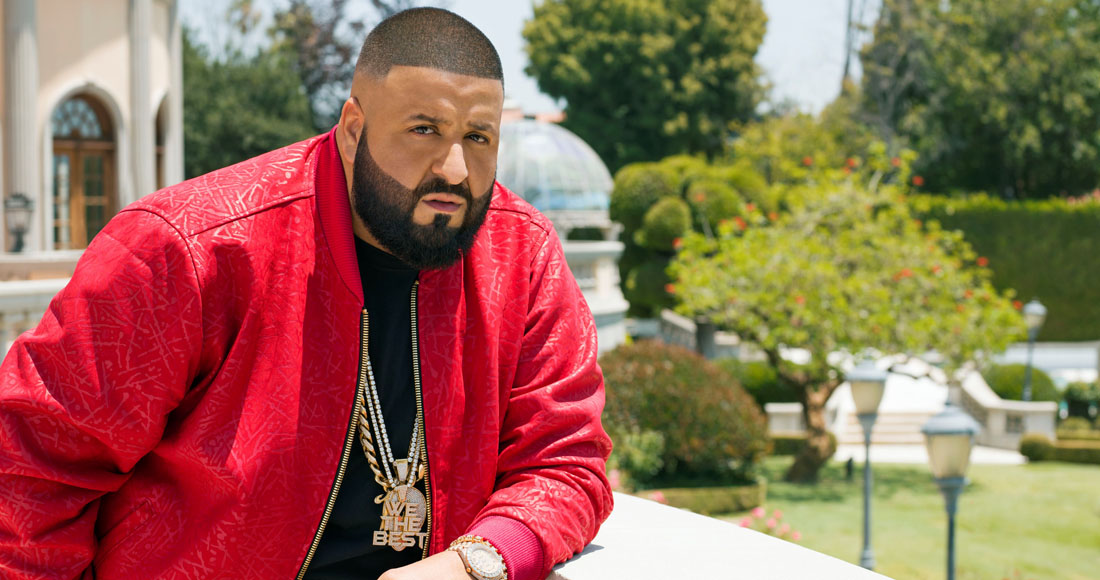 Congratulations to DJ Khaled, who lands straight in at Number 1 on this week’s Official Singles Chart with I’m The One.

The track, which features Justin Bieber, Quavo, Chance The Rapper and Lil Wayne, debuts at Number 1 with 5.1 million streams and 23,000 downloads sold this week.

I’m The One is Khaled’s first UK chart-topper; his previous chart peak was at 25 with last summer’s For Free ft. Drake. The track also gives guests Lil Wayne, Chance The Rapper and Quavo (from hip hop group Migos) their first UK Number 1, while Justin earns his fifth.

Miami-based Khaled - a DJ, producer and Snapchat extraordinaire - is the first international artist to top the Official Singles Chart in seventh months. Since last September, the top spot has been occupied exclusively by UK acts.

Meanwhile, I’m The One pushes last week’s chart-topper, Clean Bandit’s Symphony ft. Zara Larsson, down to 2 after one week at the top.

Puerto Rican singer Luis Fonsi vaults 18 places to Number 4 with Despacito (which translates to ‘Slowly’) following the release of a new mix featuring Justin Bieber. The original version has been a hit across the world since its release back in January, topping the charts in over 20 countries.

Hip-hop star French Montana makes a big climb with Unforgettable ft. Swae Lee, up 12 spots to 12 and Cheat Codes’ No Promises ft. Demi Lovato jumps 13 to a new peak at 26.