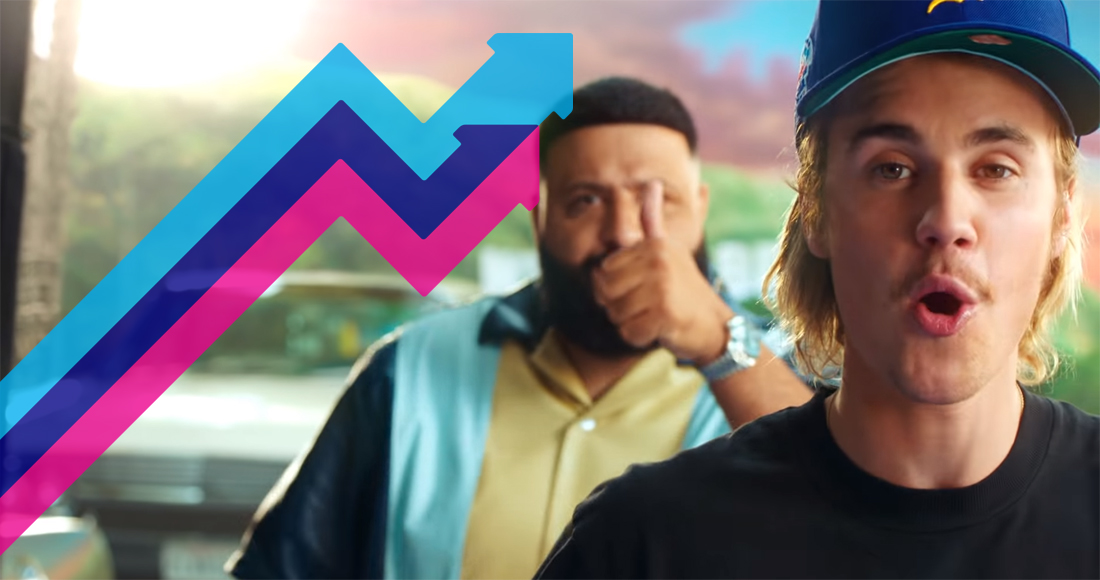 It looks like DJ Khaled will be adding another one to his growing collection of hits; new single No Brainer featuring Justin Bieber, Quavo and Chance The Rapper is Number 1 on this week's Official Trending Chart.

The track, which was released late last Friday (July 27), leads the Top 20 chart of songs making an impact this week, based on movement up the Official Singles Chart Top 100.

No Brainer follows Khaled's March single Top Off ft. Beyonce, Jay-Z and Future, which peaked at Number 41. His latest offering is set to debut inside the Top 10 on the Official Singles Chart, currently at Number 9 in the latest update.

Elsewhere, Cheat Codes x Little Mix's Only You continues to grow on radio and online and could be entering the Top 10 this week, while 6IX9INE's Fefe ft. Nicki Minaj & Murda Beatz and Benny Blanco's Eastside ft. Halsey & Khalid are also seeing significant boosts up the Top 40 this week.

Fresh from its Number 1 success on the Official Albums Chart, two songs from the new Mamma Mia! Here We Go Again soundtrack feature in the trending Top 20, When I Kissed The Teacher and Why Did It Have To Be Me, while rising star Ella Mai is set for a big climb with her breakthrough hit Boo'd Up, set for a 15-place climb this week after becoming the first UK artist to top the US R&B singles chart since 1992.