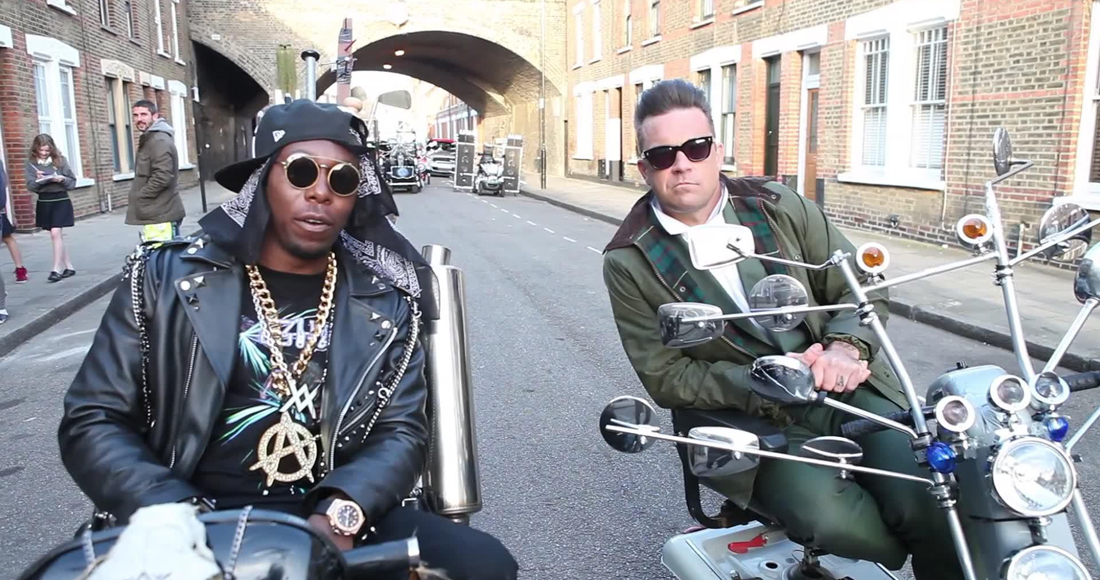 Rapper posts pics of the two of them filming video

Dizzee Rascal has recorded a duet with Robbie Williams. The track, entitled Goin’ Crazy, is released June 17 and is the first single from the rapper’s forthcoming album The Fifth, due out later this year.

Dizzee and Robbie also filmed a Quadrophenia-themed video together for the track in London, which features a variety of souped up mobility scooters and extras dressed as Slash, Elvis Presley and Grace Jones.

Chatting to The Sun, Williams said of the collaboration: "I was expecting Dizzee to come round to my place in LA for an hour. He got round at 6pm, we chatted for hours and he left at 6am. Then he said he wanted the song to sound like Queen. It was a great night."

Dizzee continued "Having Robbie involved has been good. When his name came up, I was excited about it. We went to his house to record it. It's not often on these things you sit in the same studio any more.

Goin' Crazy will receive its first play on Zane Lowe's BBC Radio 1 show next Friday (May 10) – which may be the first time Robbie has ever been played on Zane's show! - and is released on June 17.

As an additional taster for Dizzee’s new album, he’s also released a lyric video for the track H Town, which he’s recorded with A-Trak