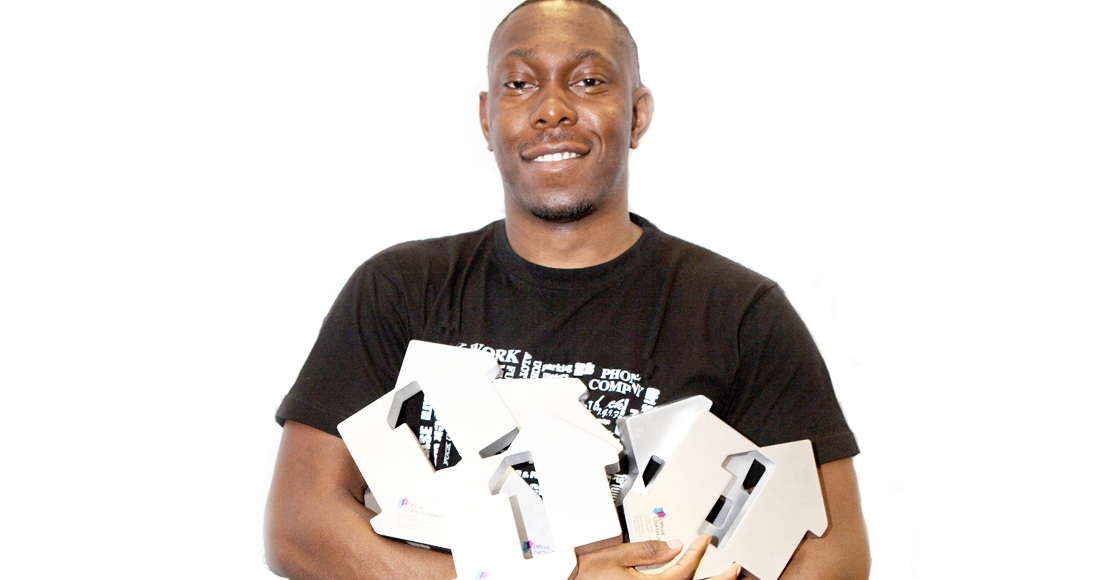 As the world’s media attention turns towards East London for the imminent London 2012 celebrations, the UK’s music industry, with a little help from legendary Soul II Soul founder Jazzie B, shone its spotlight on home-grown East End star Dizzee Rascal.

Dizzee Rascal, aka Dylan Kwabena Mills, has become the first male contemporary artist to be presented with his full set of Official Number 1 Awards.  Soul pioneer and fellow Londoner Jazzie B passed on the musical baton to Dizzee, handing over five awards to recognise the 27 year old’s five UK Number 1s:

On presenting the awards to Dizzee, Jazzie B said “Congratulations from the old skool, to the new skool. Tonight’s about you Mr Rascal.”

Dizzee said “It’s an honour to receive these very unique awards and to be recognised by the Official Charts Company for my five UK Number 1s.  I’ve had a good time making these records and am excited about my new album as there will definitely be a few more on there”

Later in the evening in a video interview with OfficialCharts.com, Dizzee went on to say “To get to Number 1, everyone wants to get to Number 1. No matter who talks about ‘they don’t want to make music for the radio, they don’t care about being big’ and blah blah blah…Really, from being a kid, if you make music you think about being Number 1 in the charts. Everyone does. Even when I made underground music, I looked at the charts and thought ‘One day. One day. One Day’. It took a while, but I got there!”