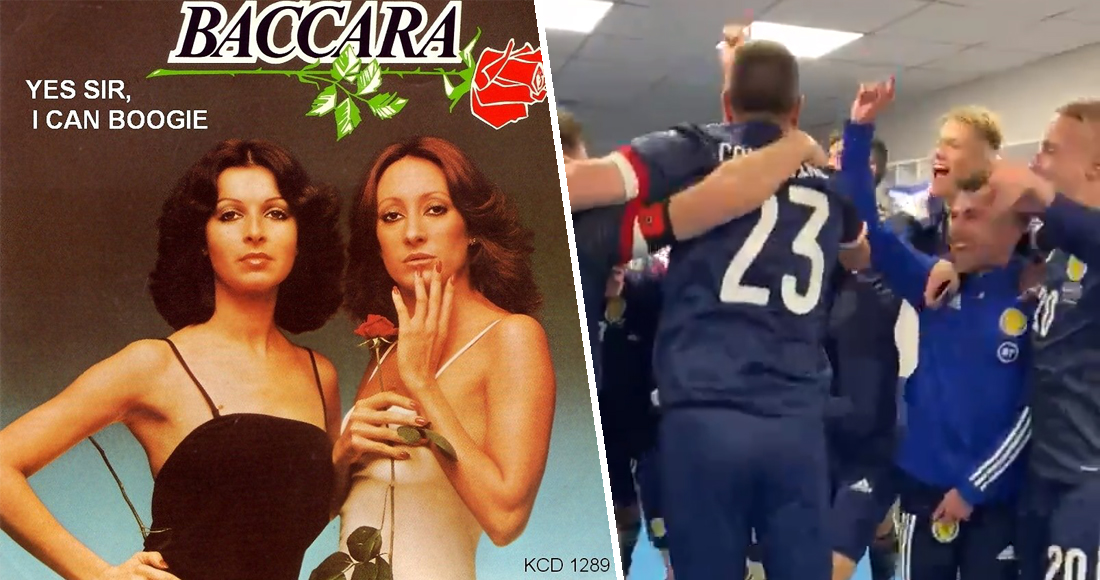 1970s disco classic Yes Sir, I Can Boogie by Baccara is on course to return to the Top 40 after becoming Scotland’s unofficial Euro 2020 anthem.

Following their dramatic win on penalties against Serbia in the Euro 2020 qualifier, a clip of the team dancing to the track in their dressing room went viral, sparking a campaign by the Tartan Army to get the song to Number 1.

Yes Sir, I Can Boogie currently sits at Number 18 on the Official Chart First Look. If it holds on until Friday's Official Singles Chart (Nov. 20), it will be the song's first chart appearance in 42 years.

Yes Sir, I Can Boogie by Spanish female duo Baccara was released in 1977 and spent one week at Number 1 in October that year. The pair have since congratulated Scotland on their win - the squad's first qualification for a major tournament in 22 years - and say they would consider re-recording the song with them.

Speaking to The Scottish Sun, Maria Mendiola, one half of Baccara, said: "I’m delighted that the players love the song so much. It’s incredible that the Scottish team are boogie-ing to it.

“I would love to re-record the song for the Euro 2020 tournament if the people of Scotland would want that. We would be very happy to do that."

The track is said to have become a favourite with players after teammate Andrew Considine danced to the tune during his stag do in 2015.