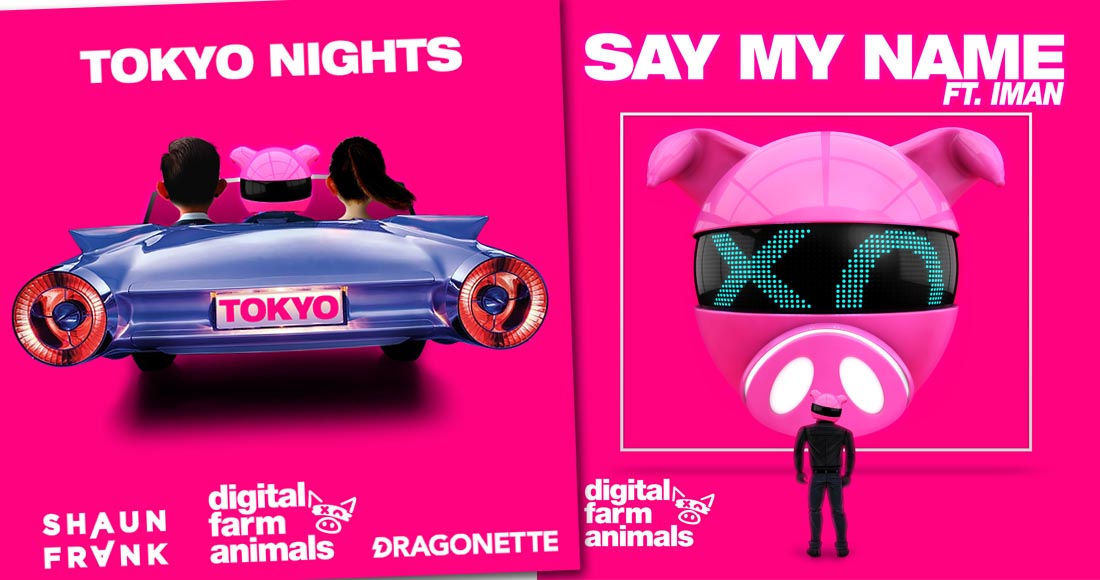 Digital Farm Animals has, for the last couple of years, been that name you've more than likely heard banded about on radio a lot - alongside Louis Tomlinson on Back To You, Sigala's Only One and their own collaboration with Cash Cash and Nelly(!) on Top 40 hit Millionaire.

Behind the scenes, DFA - aka Nicholas Gale - has also co-written some A+ pop songs, including Dua Lipa's Be The One and Rita Ora's Anywhere.

This Friday (March 30), DFA is pulling the increasingly popular double single release, with two very different but equally impressive tracks that takes things up several notches for the London producer/DJ/songwriter.

First up is Tokyo Nights, which features Martina Sorbara from the criminally undervalued pop group Dragonette and producer/singer/songwriter Shaun Frank. Shaun co-wrote The Chainsmokers' Closer, which you can hear hints of in Tokyo Nights' verses, but crucially, it has an enormous stonker of a chorus reminiscent of mid-noughties Robyn and some of Dragonette's best, refreshed for 2018.

By contrast, the other track, called Say My Name, is a weightier mid-tempo jam with a hypnotic electro-R&B chorus that's offset by lighter radio-friendly trop-pop verses. The track was co-written by and features Swedish singer-songwriter IMAN, who co-wrote Zara Larsson's Lush Life.

Both are well worth a listen on this week's New Music Friday releases, which are posted every week here.