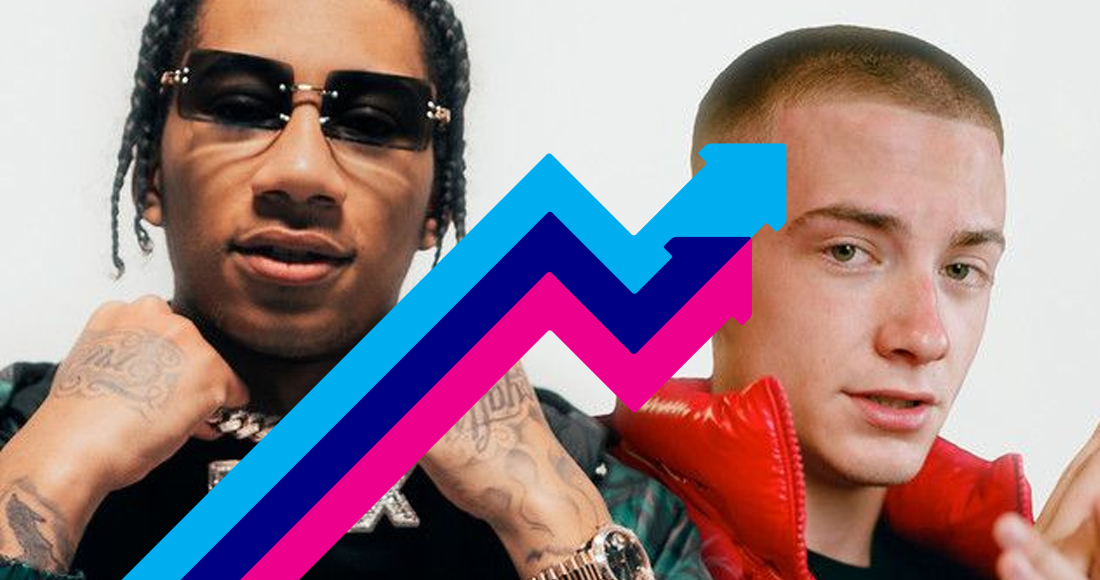 Digga D & ArrDee have claimed the UK's biggest trending song of the week with Wasted, claiming Number 1 on the UK's Official Trending Chart.

Powered by 1.2 million streams logged over the weekend since its release last Friday, Wasted sees two of the UK's fastest-rising rappers unite and features an iconic sample to boot of Heartbroken by T2 featuring Jodie Aysha. While the original was a Number 2 hit back in 2007, Wasted also has Top 10 aspirations, going in at Number 6 on the Official Chart: First Look.

In the space of two years, London rapper Digga D racked up six UK Top 40 singles and a Top 3 mixtape with Made in the Pyrex, while ArrDee has the Top 10 single Oliver Twist to his name plus an appearance on the remix of Number 1 single Body by Tion Wayne & Russ Millions.

Another new release getting off to a strong start is OUT OUT by producers Joel Corry & Jax Jones featuring Charli XCX and Saweetie. The DJ duo spoke to us about their wildest nights out out to mark the song's release. OUT OUT is on track to become Joel Corry's fifth consecutive Top 40 hit, and Jax Jones' 13th in total.

Lizzo and Cardi B are also making a big impression right out of the gates with their collaboration Rumors. The new release with the second-most video streams over the first 48 hours of the sales week, the Hercules-inspired music video has got the world talking thanks to its eye-popping scenes and carefree message. The video was directed by Tanu Muino who recently directed Lil Nas X's Montero (Call Me By Your Name) and Wild Side by Normani ft. Cardi B.

The most downloaded new release so far this week belongs to Elton John & Dua Lipa with Cold Heart. A mash-up of Elton's songs - Sacrifice, Rocket Man, Kiss The Bride and Where's The Shoorah - remixed by Australian electronic trio Pnau, the track is on course to give Elton his 67th UK Top 40 hit, and first new chart hit since 2009.