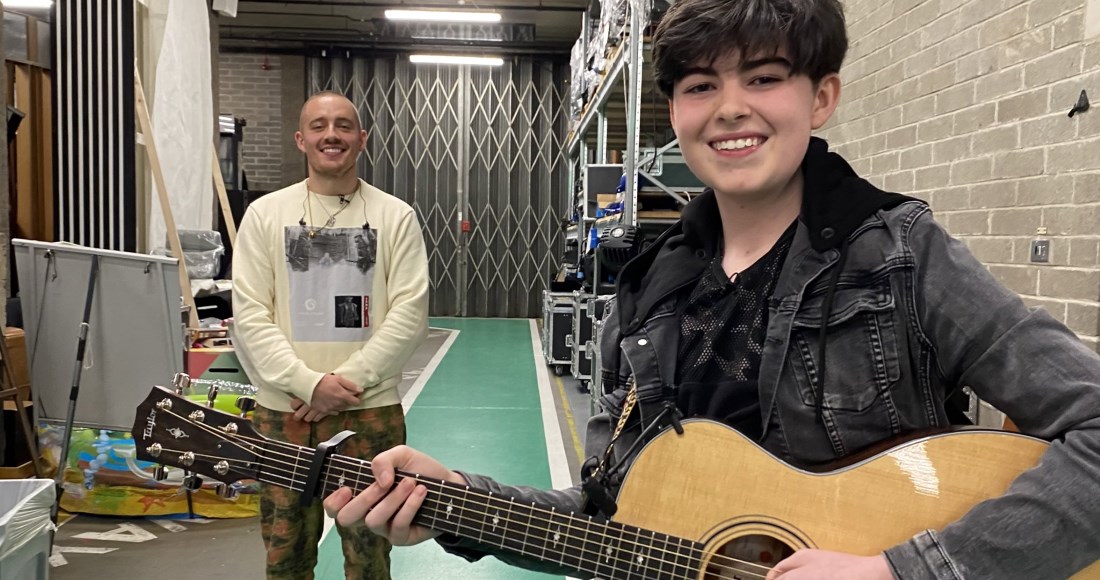 It looks like Dermot Kennedy could replace himself at Number 1 on this week's Official Irish Singles Chart following his appearance on RTÉ One's The Late Late Toy Show.

Just days after Dermot became the first Irish act to lead the Top 50 since April 2015 with Meduza collaboration Paradise, the rising star's previous single Giants could replace it at the summit this Friday (Dec. 4).

Dermot was a surprise guest on last Friday's Late Late Toy Show, joining superfan Michael Maloney for a performance of Giants, with the 14-year-old completely unaware he was going to collaborate with his idol on primetime TV.

Following the duet, Giants was the most streamed and downloaded song across the weekend, with more than four times the amount of downloads than the next most-downloaded song.

Giants has so far peaked at Number 2 on the Official Irish Singles Chart, a position it sat at over five non-consecutive weeks.

The cut-off for sales and streams to count towards this week’s chart is 11:59pm on Thursday (Dec. 3). This week's final Official Irish Singles and Albums Charts will be published on OfficialCharts.com/Ireland at 3pm on Friday (Dec. 4). Listen to The Official Chart every Friday on RTÉ 2FM with Bláthnaid Treacy at 7pm.