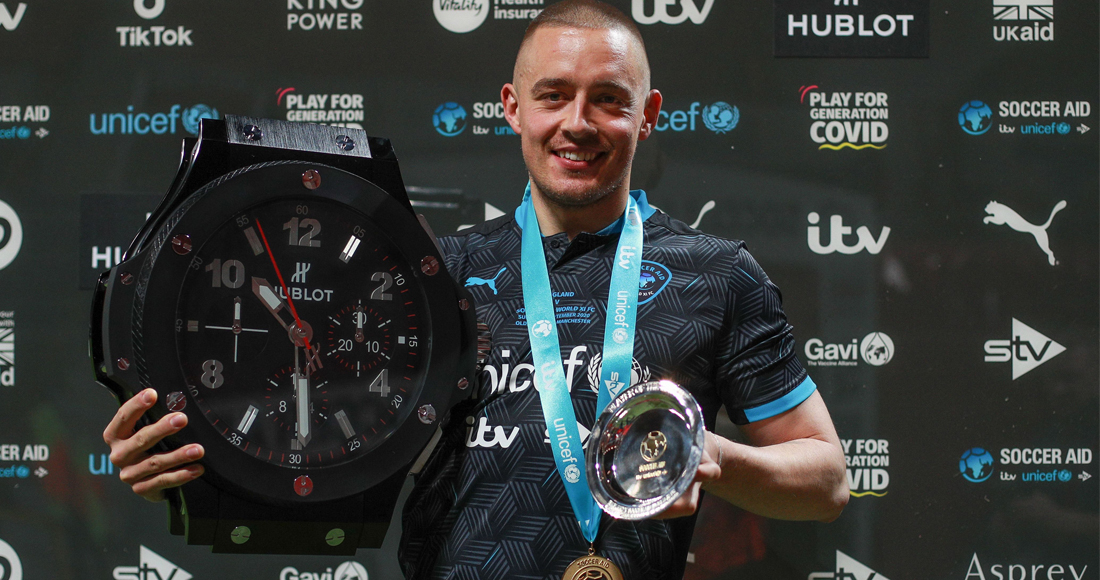 Dermot Kennedy is back at Number 1 on the Official Albums Chart following his Player of the Match win at Soccer Aid last weekend.

The singer from Rathcoole was named MVP of the charity football game raising funds for UNICEF. His team World XI beat England on penalties, and the newfound attention on him has led to a return to the top of the charts for Dermot.

The only debut albums to spend more weeks at Number 1 this millennium are Lewis Capaldi’s Divinely Uninspired To A Hellish Extent (15 weeks) and James Blunt’s Back To Bedlam (14 weeks).

British indie rock singer Declan McKenna score his first Top 10 album in Ireland with Zeros, this week’s highest new entry at Number 9. The Rolling Stones land in this week’s Top 20 with a reissue of their 1973 album Goats Head Soup at Number 13.

There are two new entries from US rappers this week; 6ix9ine starts out at 23 with Tattletales, while Big Sean scores a second Top 50 entry with Detroit 2 at 34.

Finally, the late Dolores O’Riordan would have turned 49 this past week, and her birthday sends The Cranberries’ greatest hits Dreams up eight places to Number 33.