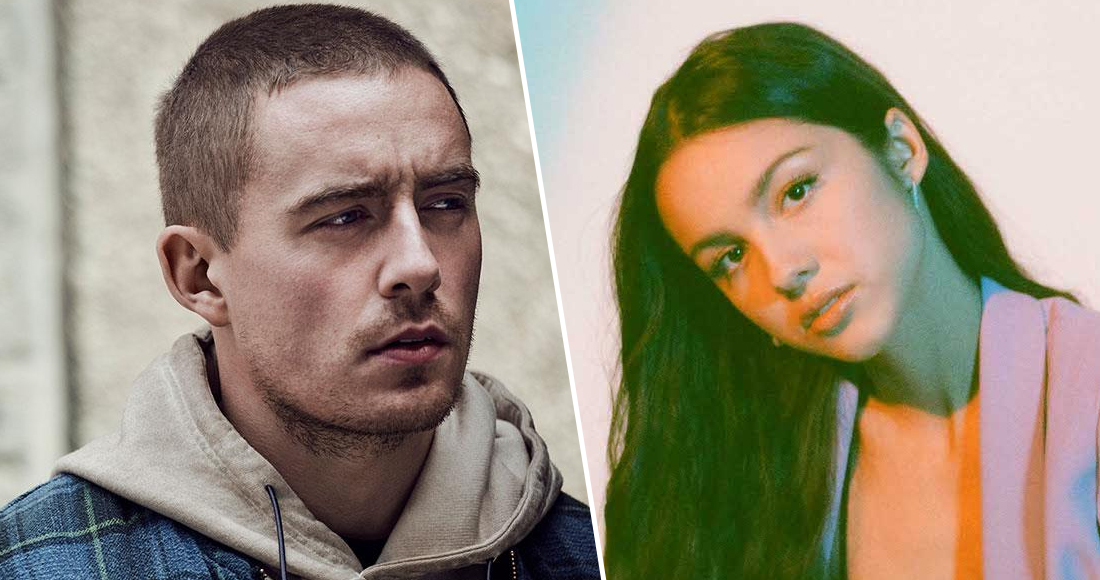 Dermot Kennedy returns to Number 1 on this week’s Official Irish Albums Chart with Without Fear, while British rapper Slowthai scores the highest new entry with Tyron.

The Dubliner’s debut album was the most popular of the week on CD and streaming services to begin its eighth separate stint leading the Top 50. Without Fear has racked up 22 non-consecutive weeks at Number 1 in total since its release in October 2019.

It means Slowthai just misses out on his first chart-topper, going in at Number 2 with his second album Tyron. The record was Ireland’s best-selling vinyl album of the week, and becomes his first Top 50 entry, eclipsing the Number 64 peak of his 2019 debut Nothing Great About Britain.

Dua Lipa rounds out the Top 3 with Future Nostalgia, up four places to Number 3 following the release of its Moonlight Edition which features four previously unreleased tracks.

Olivia Rodrigo has kept her foot on the gas to claim Ireland’s Number 1 on the Official Irish Singles Chart for a sixth week with Driver’s License.

Dialling into the Number 2 position this week are Lil Tjay and 6LACK with Calling My Phone. Racking up the most video streams of the last seven days, Calling My Phone marks Lil Tjay’s second Irish Top 10 following his Pop Smoke collaboration Mood Swings, and 6LACK’s first Top 50 hit altogether.

British rapper Central Cee picks up his second Top 50 with Commitment Issues at 47, the latest TikTok viral song Astronaut in the Ocean from Australian rapper Masked Wolf is a new entry at 48, and American popstar Ava Max enters the Official Irish Singles Chart for a fourth time with My Head & My Heart at 50.