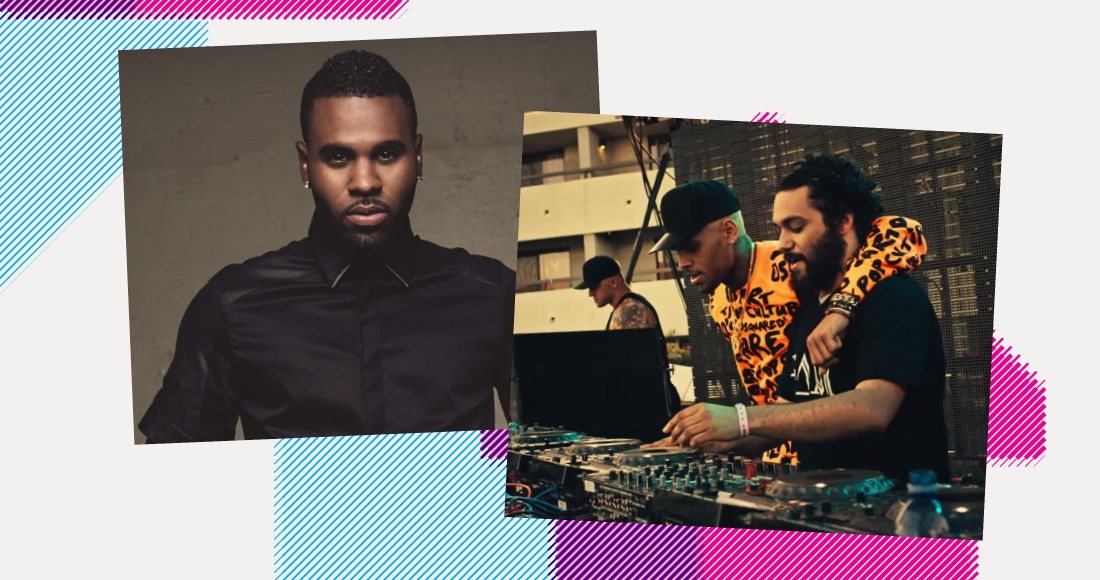 Jason Derulo’s got a serious battle on his hands if he wants to keep his lead on this week’s Official Singles Chart.

His latest track Want To Want Me has an incredibly narrow lead on this week’s Official Chart Update, just 66 combined chart sales ahead of Deorro and Chris Brown’s Five More Hours.

Mexican DJ Deorro is currently set to be the week’s highest climber with the track, vaulting from 86 to 2 following its full download release. Five More Hours is currently enjoying success across the globe, having already entered the Top 40 in 16 countries.

Meanwhile, Major Lazer, Mo and DJ Snake’s Lean On holds at 3, OMI’s Cheerleader (Felix Jaehn Remix) slips from 2 to 4, and Galantis’ Runaway (U & I) completes the Top 5.

Britney Spears is on track for her 24th Top 10 single this week with her new single Pretty Girls. The song, which features Iggy Azalea, is currently at Number 8 on today’s Update.

Outside the Top 10, Ed Sheeran’s Photograph continues its ascent up the chart, leaping 15 places to Number 19, as do Rudimental with Never Let You Go, jumping from 30 to 22.

Finally, The Weeknd leaps 19 spots to enter the Top 40 at 37 with Can’t Feel My Face, and Axwell & Ingrosso are new at 40 with Sun Is Shining.