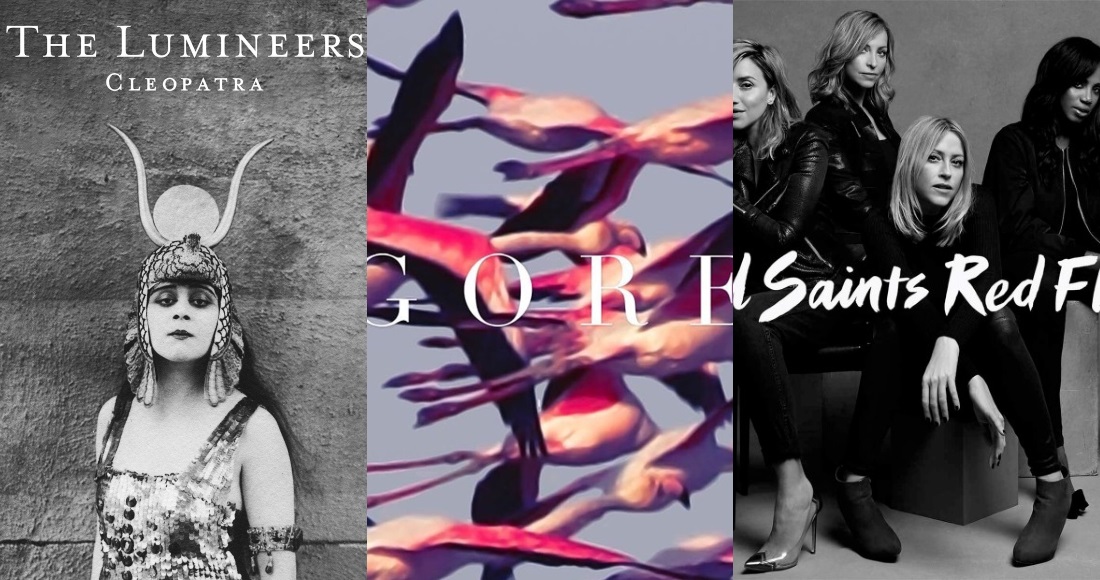 It’s all to play for in the race for this week’s Number 1 album as three new entries battle to claim the top spot on today’s Official Chart Update.

US metal band Deftones are currently leading the way with their eighth studio album Gore, with The Lumineers’ Cleopatra (2) and All Saints’ Red Flag (3) following closely behind. At the halfway stage of the chart week, just 333 combined sales separate the three albums.

If they hold on to their current placings it will mark Deftones’ second Top 10 album – since their self-titled collection in 2003 - and first Number 1 in the UK. Check out the band’s chart history here.

Rounding off today’s update Top 5 are Adele’s 25 (4) and Lukas Graham’s eponymous album at 5.

As well as a three-way battle of new entries at the top, a further eight records are on course to land in this week’s Official Albums Chart Top 40.

Scottish indie rockers Frightened Rabbit are on track for a personal chart best with their fifth collection Painting Of A Panic Attack, currently at Number 6, while folk band Bellowhead start at Number 14 with their Farewell Tour live album.

London folk five-piece Eliza And The Bear are new at 17 with their self-titled debut, French electronic duo M83 are on track with for their first UK Top 40 album with Junk (20), and singer/radio presenter Ben Watt is new at 30 with his third solo effort Fever Dream.

Look back over every Number 1 album of 2016 so far below: