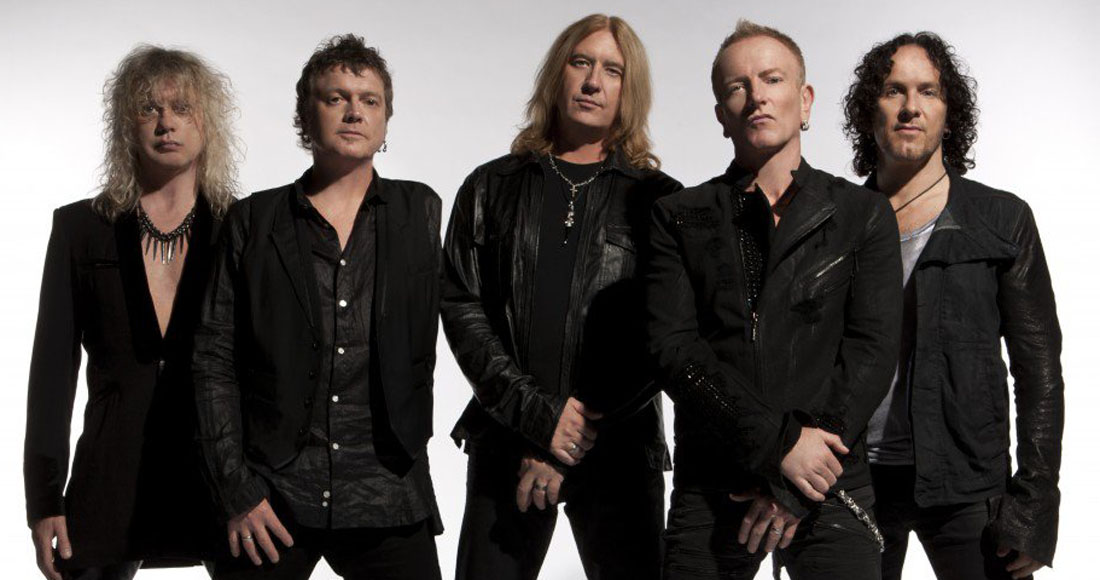 Rock fans will be able to get their full heavy metal fix now that Def Leppard's complete music catalogue has been added to download and streaming services.

The band are one of the last multi-platinum selling acts to be added to streaming platforms, but now fans can enjoy all 11 of their studio albums on the likes of Apple Music, Spotify and Deezer.

Singer Joe Elliot described the news as a "mixture of relief and euphoria," adding: "We’re now going to be available to everyone everywhere and honestly, it’s as exciting as the original releases were."

In an interview with Team Rock, Joe said the delay in formalising a deal with digital platforms was because they were "out of the record industry" shortly after the release of their Songs From The Sparkle Lounge album in 2008, their final album on Universal.

In 2015, Joe said he was resistant to the idea of putting their discography on streaming platforms, describing the music climate at the time as "insular" and that "it’s just Zombieland, and we’re all guilty of it."

"Everything that's been said in the past is totally irrelevant today, because things change so much," Joe admits in the new interview.

"We were self-sufficient and doing our own thing, we were putting out our own re-records and live versions and stuff. We didn't need to concentrate on this, we were doing ok. We were concentrating more on the live side of things than anything else.

"When we put the new record out, and it did really well, you go 'You know what, we really should revisit this deal,' and that came from both sides. We met in the middle, we shook hands and then we let the grownups take it from there. So it was just a case of the timing was right now when it wasn't right before."

Def Leppard have notched up 19 Top 40 singles and seven Top 10 albums in their career, including Number 1s Hysteria (1987) and Andrenalize (1992). Look back over their complete UK chart history here.

The band have also announced their first run of UK tour dates in three years this December, playing 11 arena dates across the UK on the 35th anniversary of their Pyromania album. Tickets go sale at 9am on January 26. The full list of dates are: