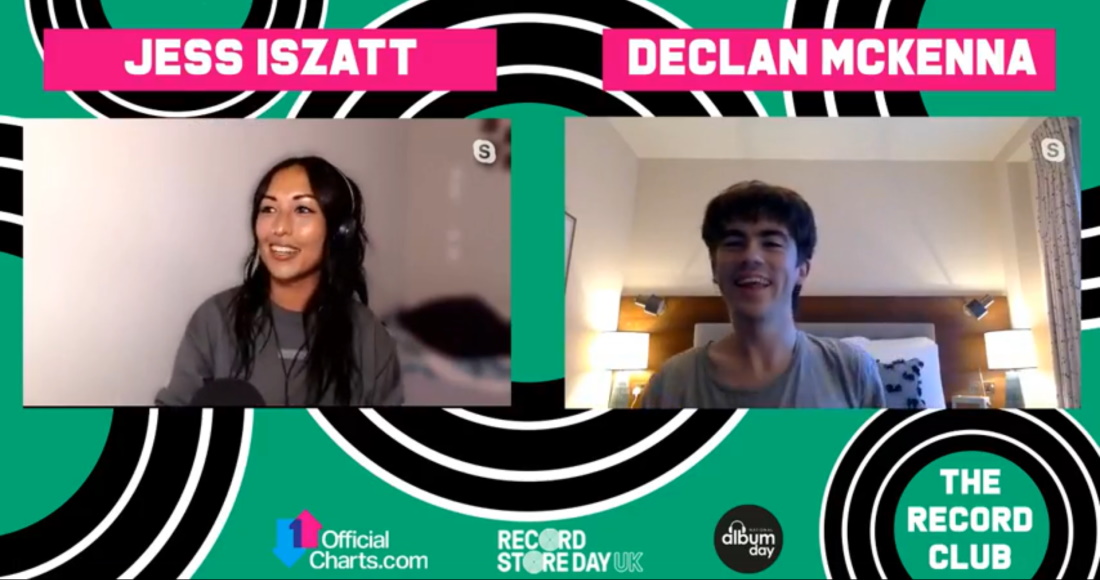 Declan McKenna joined us on The Record Club to talk all things Zeros, Record Store Day and Rolling Stones.

In a week where Declan went head-to-head with the iconic rock band for the week's Number 1 album, he talked about the experience with host Jess Iszatt:

“I’m determined to beat The Rolling Stones, which is pretty strange to be saying. You’ve got to go into these things with confidence, even when you’re technically the underdog. I think you’ve gotta have faith.
"I’ve been blown away by the response, it’s been pretty outrageous the people who have got behind it and how amazing this past week has been. It’s unreal, it’s really getting down to the wire.”

Declan also revealed who the mysterious Daniel is on the album, and talked about his Record Store Day release, due out on September 26.

Watch Declan McKenna back on The Record Club here:

Catch up on previous episodes of The Record Club: