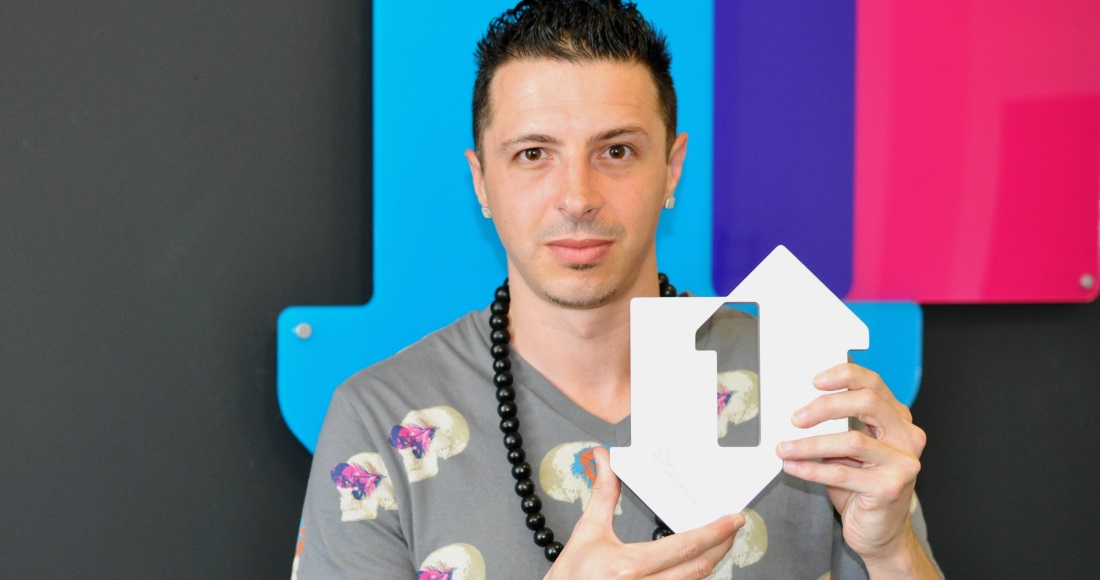 The Kent DJ’s club track leaps a massive 51 places to score a historic Number 1 as the first chart-topper in the Official Chart’s brand new Friday slot.

David tells OfficialCharts.com: "It feels absolutely amazing. It’s overwhelming and I’m thankful to everyone that’s supported the track, all the DJs that have spun the track.

"It’s just an absolutely amazing moment, thank you. I’m just trying to suck it all in and enjoy the moment of being Number 1 on the first Friday chart."

Meanwhile, Years and Years are this week’s highest new entry with Shine. The song - which finishes close behind Zowie - trails the trio’s debut album Communion, which is released today on the first ever Friday global release day.

Fifth Harmony land their first UK Top 10 today with Worth It, vaulting 48 places this week to Number 3 following its full download release, Lost Frequencies slips from 1 to 4 with Are You With Me, and Tinie Tempah’s Not Letting Go FT Jess Glynne completes the Top 5.

Folk singer Birdy scores her biggest UK hit today with Wings, which currently features on a TV advert for Lloyds Bank. The track, which previously peaked at Number 16 back in 2013, jumps 23 places to Number 8.

View our gallery of acts to receive the Official Number 1 Award below: