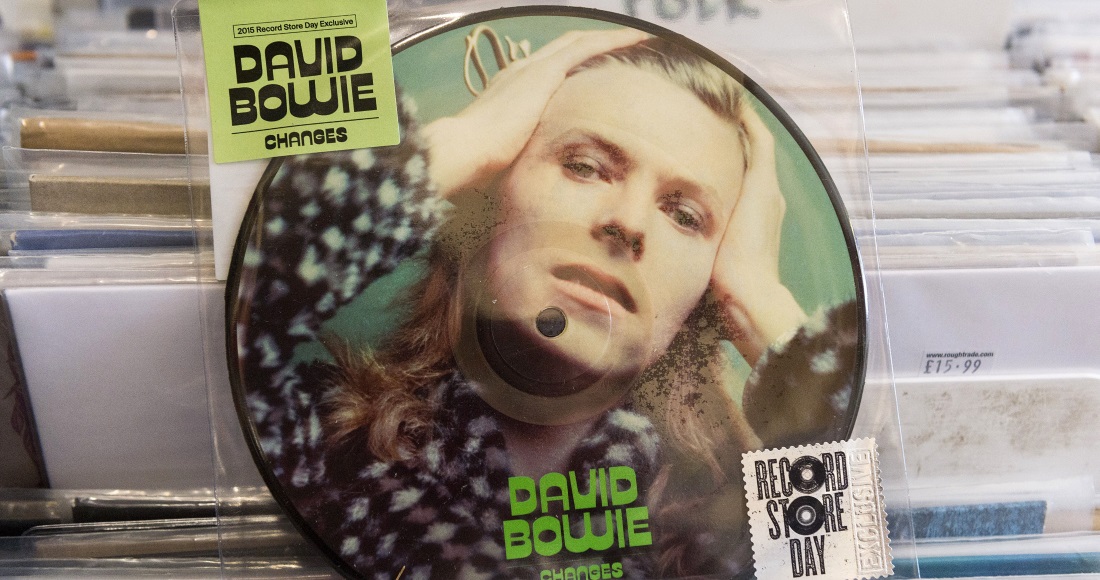 Despite missing the UK Top 40 when it was originally released in 1971, Changes is often considered as one of Bowie's best-known songs. View his David Bowie's full Official Charts history here.

The result of this year's Record Store Day, which sees acts put out limited edition releases excluslvely in independent record stores, means there are a slew of new entries on the Official Vinyl Singles Chart.

Foo Fighters land at Number 3 with Songs From The Laundry Room, Bowie appears again with his double A-side single Side By Side/Kingdown Come with Television's Tom Verlaine, and Florence + the Machine's What Kind Of Man debuts at 6.

The record is the Welsh rock band's third studio album and was released in 1994, reaching Number 6 on the Official Albums Charts.