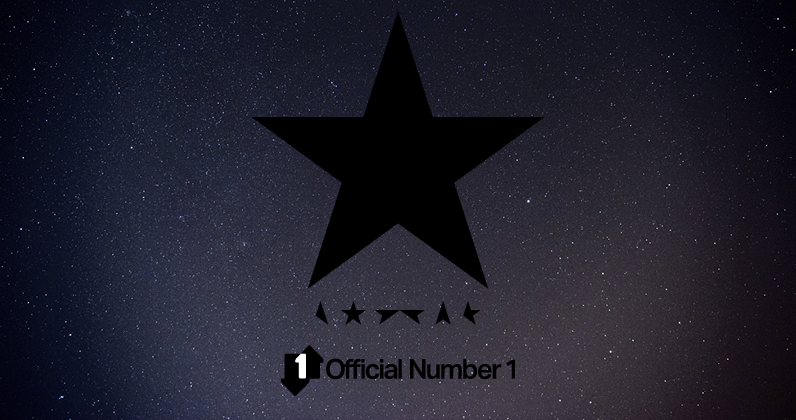 As the nation mourns the sad passing of David Bowie this week, the star’s continued impact on music shows as he dominates this week’s Official Chart.

Bowie’s new album Blackstar debuts at Number 1 with combined sales of almost 150,000, giving him his tenth chart-topping record and the fastest selling album of the year so far. Click here to look back over Bowie’s full UK chart history.

Importantly, Blackstar was already headed for Number 1 before news of Bowie’s death broke; early sales flashes last weekend revealed the record was head and shoulders above the competition.

Including Blackstar, over half a million Bowie records were picked up this week in the UK - totalling 623,000 combined sales and streams. The figure includes 241,000 album sales, 167,000 singles purchased, and Bowie tracks were streamed over 19 million times on audio streaming services such as Spotify, Apple Music, Google Play, Deezer and more.

MORE: How the British public mourned the loss of David Bowie on the charts

Ten of the late icon’s albums command one quarter of this week’s Official Albums Chart Top 40, and 19 entries in the albums Top 100.

His 2014 retrospective Nothing Has Changed – The Very Best Of is the highest re-entry at Number 5, followed by The Best Of 1969/1974 at Number 11. The full list of his 19 albums in this week’s Official Albums Chart appears below:

Elsewhere on this week’s Official Albums Chart, Elvis Presley’s If I Can Dream holds at Number 2, Adele’s 25 ends its seven-week run at the top and slips to 3, and Justin Bieber’s Purpose is at Number 4.

Outside the Top 10, YouTuber KSI makes his Official Chart debut at 14 with his Keep Up EP, and The Voice UK winner Stevie McCrorie lands at Number 35 with Big World.