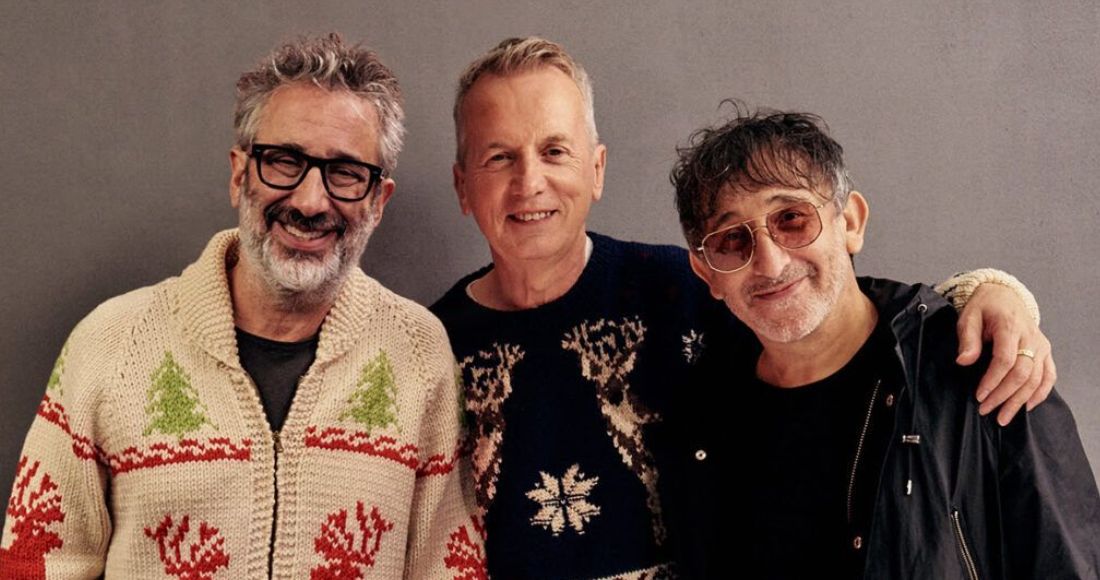 Originally released in 1996 to coincide with England hosting Euro '96,a little re-swizzle for the 1998 World Cup saw the anthem top the Official Singles Chart and experience a massive surge in popularity whenever England decides to actually do well at football again.

And just in time for the squad to hit the 2022 World Cup in Qatar, the trio have re-united to put a positive new festive spin on the footballing anthem this time even taking in the success of the women's England football team Lionesses winning big at their own Euros this year.

Watch Three Lions (It's Coming Home For Christmas) below.

In a statement, Baddiel said: “At last it’s between me and Mariah Carey for who really is the voice of Christmas.”

Skinner added: “We just had to do it. Christmas World Cup songs are not like buses. If we’d let this opportunity pull away, it would have been a very long wait for the next one.”

In 2018, following England's success in reaching the Semi-Finals of the World Cup, Three Lions reached Number 1 on the Official Singles Chart for the fourth (!) time, 22 years after it had topped the charts for the first time.

This helped the trio of Baddiel, Skinner and Lightning Seeds to break a UK chart record; the first time a song has held four stints at Number 1 with the same artist line-up; the original 1996 version had two one-week stints in 1996, while the 1998 re-work had one three-week spell at the top.

Fans can purchase Three Lions (It’s Coming Home for Christmas) on a few physical formats; including a signed limited edition white vinyl, a standard 7″ vinyl, cassette, and a CD single.