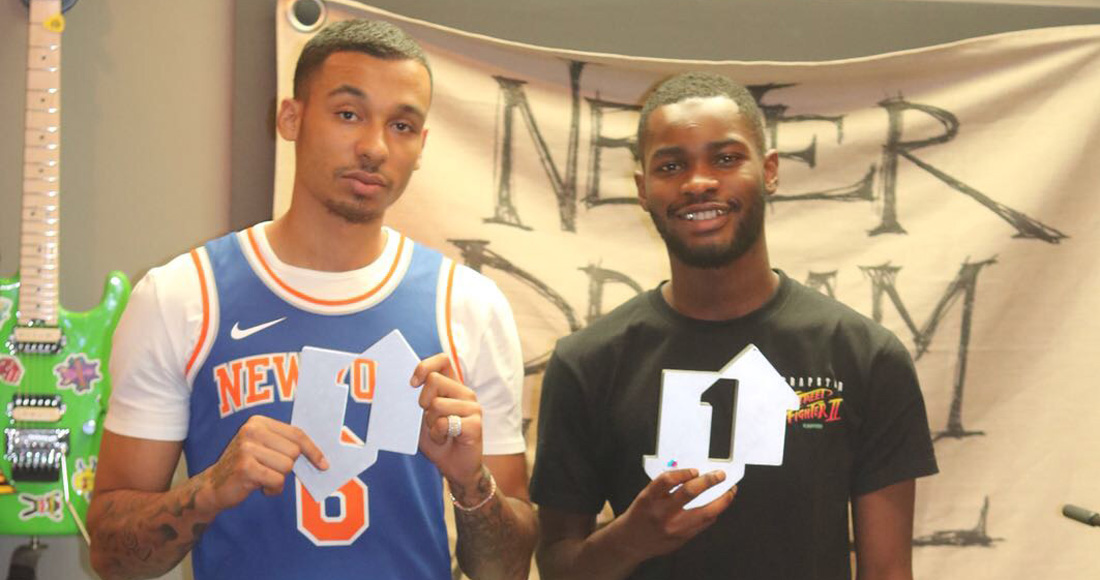 Congratulations to South London rapper and musician Dave, who lands straight in at Number 1 on this week’s Official Singles Chart with Funky Friday.

The independently-released track, which features Fredo, debuts at the top after notching up 6.7 million audio and video streams over the past week - and knocks Calvin Harris & Sam Smith’s Promises to Number 2 after five weeks at the summit.

It’s rare for songs to debut at Number 1 – just two other songs have done it this year, both by Drake (God’s Plan and Nice For What). The last British artist to enter straight in at the top was Sam Smith's Too Good At Goodbyes in September 2017.

Speaking from a recording studio in London, Dave told OfficialCharts.com: “I’m speechless right now. I just want to say thank you to everyone that’s helped us get this Number 1. I can’t even explain to you how grateful I am."

MORE: The UK's Official Top 40 biggest singles and albums of 2018 so far

Dave’s Number 1 debut is a big moment for British rap music. Of its impact on the Official Chart this week, SB.TV founder Jamal Edwards said: "I feel very fortunate to be alive and living in this age where stuff like this is happening. It's a very monumental time for British music and this is definitely one of these moments that we will remember for a very long time. I've seen Dave & Fredo's rise from the ground up and I feel like there's so much more to come, very exciting indeed. Making history for real!"

BBC Radio 1Xtra DJ/presenter Twin B adds: "Dave is an artist that has meant a lot to his growing audience for longer than people realise and has always shown he is one of the special ones. Fredo is also one of the sickest new MCs around so the combo was always gonna be explosive! For Dave to now have huge chart success is really special and exciting for all of us fans of British MC culture and music!"

Elsewhere in this week’s Top 10, Rita Ora’s Let You Love Me lifts a spot to enter the Top 5 at 5, and Lady Gaga & Bradley Cooper’s Shallow zooms seven places to Number 6. The climb earns Gaga her first Top 10 single in five years. Two more songs from the A Star Is Born soundtrack enter the Top 40 this week: I’ll Never Love Again lands at 35 and Always Remember Us This Way bows at 39.

Eminem’s Venom, taken from his Number 1 album Kamikaze, is new at 16 following the release of its music video last week, while there is a big climb for MK’s Back & Forth ft. Jonas Blue and Becky Hill, vaulting 16 places to 21.

Further down, US singer Halsey lands her first UK Top 40 entry and a headline artist, entering at 24 with Without Me, Drip Too Hard by Lil Baby & Gunna jumps 22 spots to 28, and Stoopid by 6ix9ine ft. Bobby Shmurda is new at 34.