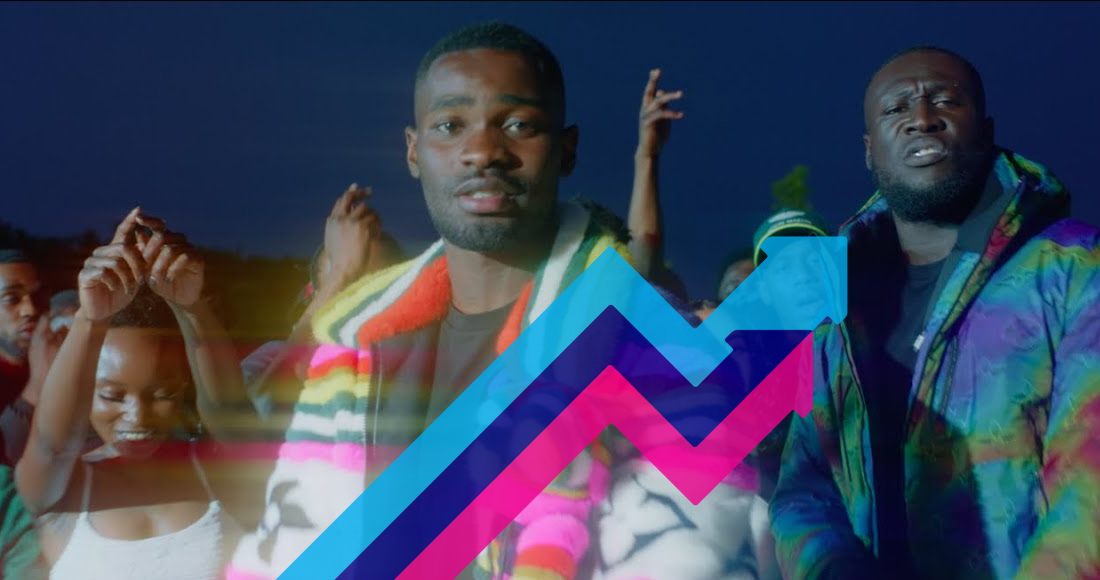 Set to land straight in as this week’s highest new entry on the Official Singles Chart – at Number 4 on the latest Official Chart Update – if the collab stays on track it will mark Dave’s eighth UK Top 10 single and Stormzy’s 12th.

This collaboration was long-awaited by fans, who have been streaming the track in their masses across the weekend, racking up over 2.4 million streams over the last three days.

The track will feature on Dave’s upcoming second studio album We’re All Alone In This Together (out 23 July), the follow-up to his chart-topping 2019 debut Psychodrama.

Lots more brand new tracks also feature in this week’s Top 20, including Kid Laroi & Justin Bieber, BTS, Billie Eilish and Fredo & Headie One – all of whom are eyeing up Top 40 debuts on the Official Singles Chart.

Post Malone’s new single Motley Crew is teetering on the edge of the Top 40 midweek, while Sam Fender returns with Seventeen Going Under, the lead single from his upcoming second album of the same name.

Finally, following England’s valiant performance in the Euro 2020 final, Atomic Kitten and Krept & Konan have both flown up the chart midweek with their modern football anthems.