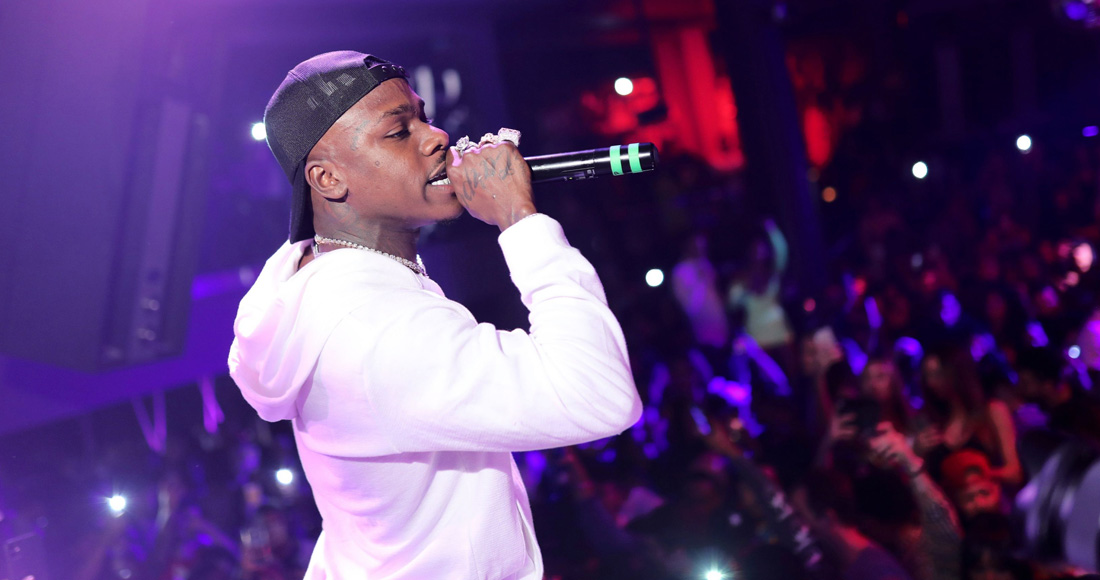 Rockstar by DaBaby ft. Roddy Ricch extends its reign at Number 1 to a sixth week on this week’s Official Singles Chart.

The track scored 7.7 million streams to keep its place at the top, boosted by a Black Lives Matter remix released earlier this month amid the George Floyd protests. The rework includes a new verse detailing his own fraught experiences with police officers as well as the protests against police brutality.

The North Carolina rapper has also been teasing a music video for the song on Instagram.

Rockstar finishes 13,000 chart sales ahead of Rain On Me by Lady Gaga & Ariana Grande, which holds at Number 2, while dance hit Breaking Me by Topic ft. A7S climbs one to a new peak at 3.

This week sees a huge climb for Jawsh 685 & Jason Derulo’s Savage Love (Laxed – Siren Beat), vaulting 18 places to Number 4. Initially a viral hit on TikTok by 17-year-old New Zealander Joshua Nanai, the producer has since teamed up with Jason for its official release.

Elsewhere, Harry Styles’ Watermelon Sugar climbs a further four places break into the Top 10 for the first time at Number 7, marking his fourth single to reach the Top 10.

This week’s highest new entry narrowly misses out on a Top 10 debut: Burning by GRM Daily, M Huncho and Dutchavelli is new at 13. It’s the strongest debut yet for M Huncho and the first Top 40 entry for the UK rap platform as a named artist.

Other notable climbers this week are Kings & Queens by US singer Ava Max, up five to 21; Surf Mesa’s ILY (I Love You Baby), up five to 22; and Marshmello & Halsey’s Be Kind hops six spots to 33.

Finally, German DJ Hosh and Italian newcomer 1979 climbs 11 places to make their UK Top 40 debut at 34 with Midnight (The Hanging Tree) ft. Jalja. The song is a dance remix of a song from the Hunger Games film series.