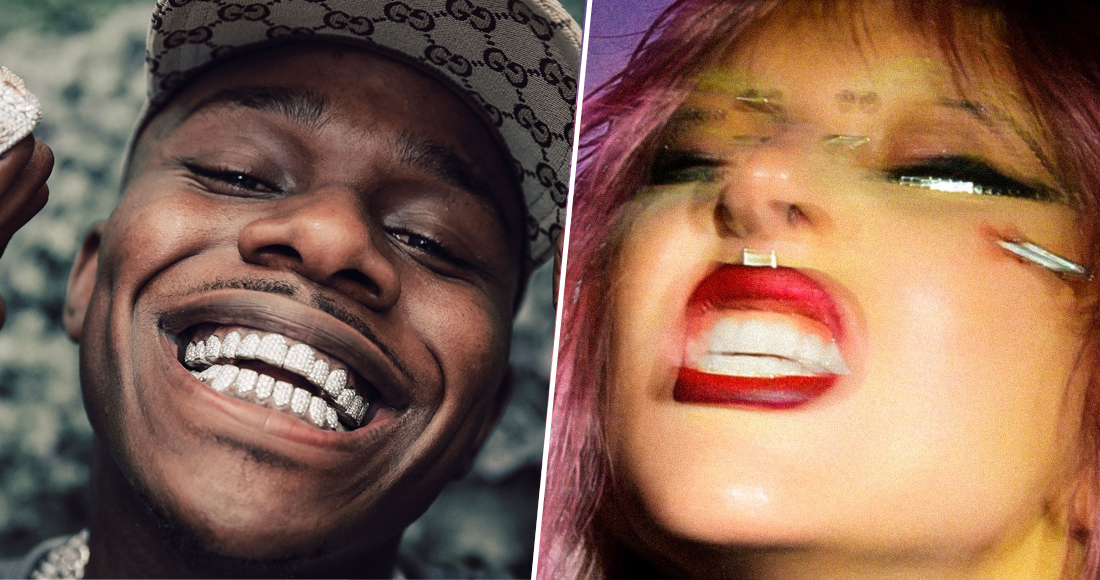 After replacing each other at Number 1 over the last fortnight, DaBaby & Roddy Ricch and Lady Gaga & Ariana Grande continue their battle for chart supremacy this week.

DaBaby and Roddy's Rockstar is currently on course for a fourth non-consecutive week at the top of the Official Singles Chart and is the most streamed song of the week so far. However, Rain On Me by Gaga & Ariana has racked up the most downloads in the first two days of the chart week, keeping them firmly in the race.

Dance tracks Flowers by rising producer Nathan Dawe and rapper Jaykae, and Secrets by Kosovan DJ Regard and British singer-songwriter Raye could reach new peaks this week, currently at Numbers 11 and 15 respectively.

Viral TikTok track Party Girl by StaySolidRocky could enter the Top 20 for the first time this Friday and has risen four places to Number 20 at the halfway mark.