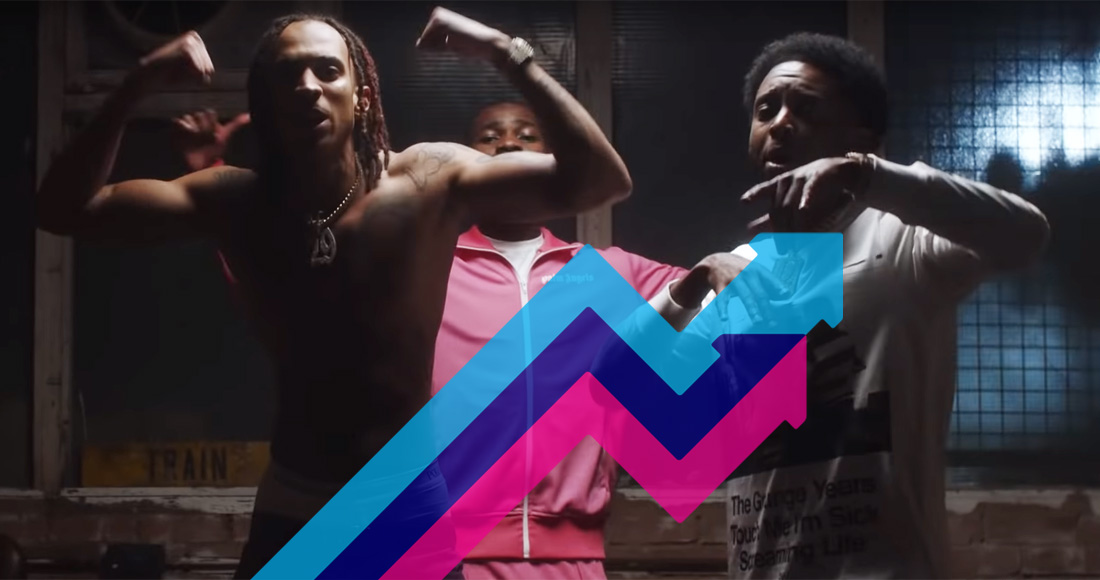 D-Block Europe take this week's Number 1 on the Official Trending Chart with their Dave collaboration Playing For Keeps.

Playing For Keeps is set to earn the group their fifth Top 40 on the Official UK Singles Chart this week, currently at Number 14 in the latest sales flash and set to be this week's highest new entry. Another song from the collection, Outside, also appears in the latest trending Top 20. PTSD is on track to score a Top 5 debut on the Official Albums Chart.

Recently released songs that are continuing to grow include Tiesto and Mabel's God Is A Dancer and Turn Me On by Riton and Oliver Heldens ft. Vula. The latter, which samples 1982 Top 5 hit Don't Go by Yazoo, is on course for a big climb to make its Top 40 debut on this week's Official Singles Chart.

Brand-new songs impacting this week's Official Trending Chart include mega collab Writing On The Wall by French Montana, Post Malone and Cardi, and Chicken Noodle Soup by BTS star J-Hope. The song is a trilingual track, with parts sung in English, Korean and Spanish.