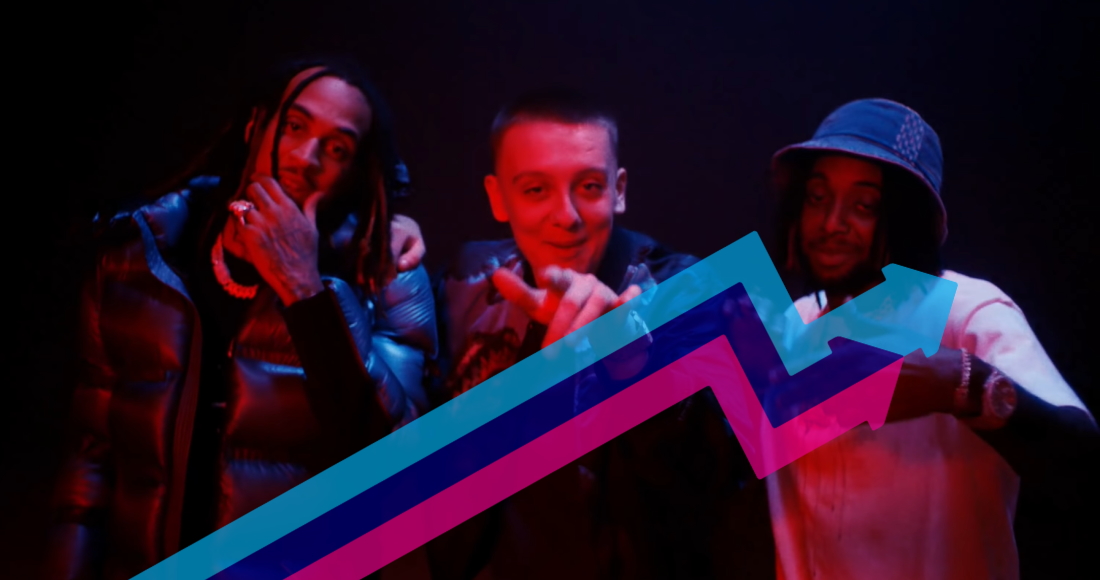 Set to be the highest new entry on this week's Official Singles Chart - at Number 11 midweek - and is set to be the Lewisham duo's fifth Top 20 song. This year alone, the pair have already scooped five Top 40 hits and a Top 10 mixtape as well as a BRIT Awards nomination for Best British Band. See all of D-Block Europe's hit songs and albums here.

Manchester rapper Aitch is also riding high in 2020, with four Top 40 hits already including a Top 5 single with AJ Tracey collab Rain, with UFO set to comfortably become his fifth.

UFO was released just last Friday (October 2) alongside the announcement of D-Block Europe's debut studio album The Blueprint – Us Vs. Them, slated for release this Friday, October 9.

Elsewhere, Shawn Mendes returns with Wonder, standing at Number 21 midweek, while there are two entries each from Bryson Tiller, with Outta Time ft. Drake and Years Go By; Blackpink with Lovesick Girls and Bet You Wanna; and 21 Savage & Metro Boomin with Mr Right Now and Runnin. All feature on each acts’ respective brand new albums, which all feature on this week’s jam-packed Official Albums Chart Update.

Dua Lipa returns with Levitating, potentially returning to the Official Top 40 following the release of a new remix featuring DaBaby. Jorja Smith’s new single Come Over is making waves in its first week, as is Miley Cyrus’ viral cover of Heart of Glass.

There have been big climbs midweek from Keith Urban & Pink’s collaboration One Too Many, and On My Mind by Diplo & dance duo Sidepiece.