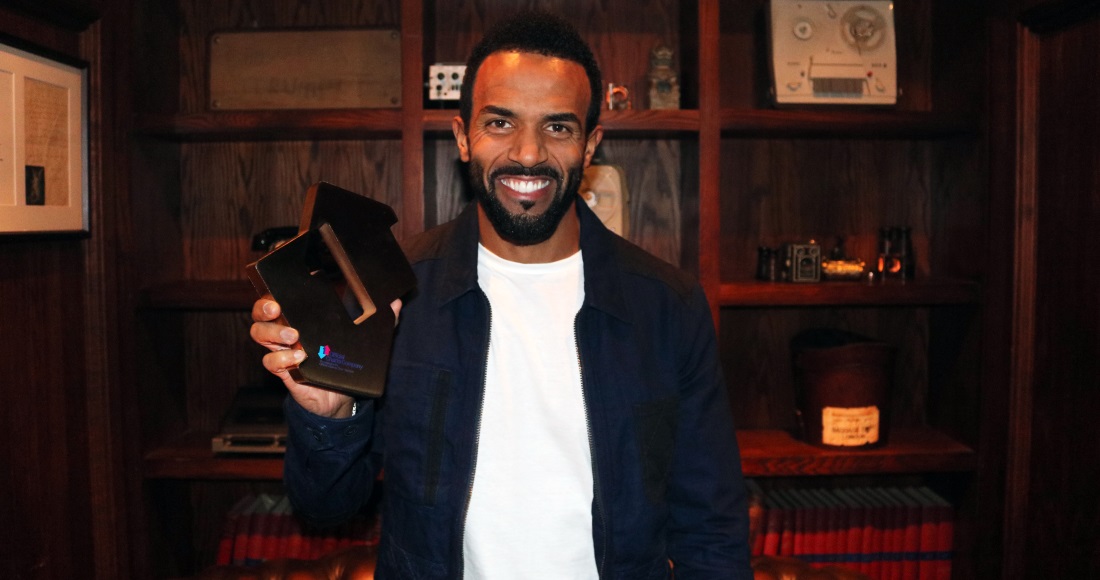 16 years after his debut album Born To Do It reached Number 1 on the Official Albums Chart, Craig David is back at the top spot.

Craig's comeback album, Following My Intuition, is the second chart topper of his career, outselling nearest rival Bon Iver by 4,500 copies. Last time Craig hit the Top 10 it was with 2005's The Story Goes which peaked at Number 5. Take a look at Craig David's full chart history.

Speaking to OfficialCharts.com, Craig expressed his thanks to all that made it possible:

“The last Number 1 I had was with Born To Do It 16 years ago so to have another and to share it with so many amazing people - it’s surreal. I’m seeing two generations connecting – the people who have been with me since 1999 and the crew who are just discovering me, both connecting on the same music, it’s the most amazing feeling. Thank you so much from the bottom of my heart. I don’t know what’s going on right now!”

Bon Iver score their second Top 5 album and highest chart entry at 2 this week with 22, A Million, while The Shires are flying the flag for British country music by making history at Number 3 today with My Universe, officially the fastest-selling UK country album of all time with nearly 14,500 copies sold this week.

Rounding out this week's Top 5 are Van Morrison with his 36th studio album Keep Me Singing (4) and Radiohead's A Moon Shaped Pool at 5, which rockets 80 places following the release of the deluxe edition.

Slaves score their personal best position at Number 6 with Take Control, just ahead of Pixies at 7 with Head Carrier.

Solange's A Seat at the Table marks her first Top 40 appearance at Number 17, and she is followed by Joanne Shaw Taylor, another debutante at Number 19, with Wild. Banks' second studio album The Altar lands at Number 24, while Drive-By Truckers' American Band is new at 29.

Finally, Amy Winehouse's Back to Black rebounds fifteen places to return to the Top 40 at 31, and gothic rockers The Mission enter the Top 40 for the first time since 1992 with new album Another Fall from Grace (38).