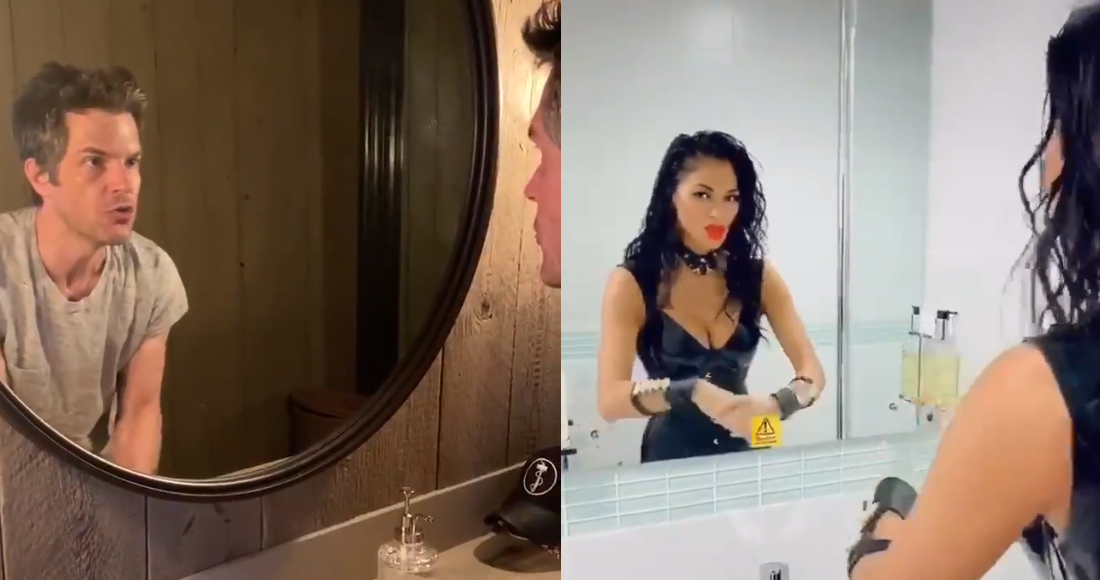 The Killers are the latest music act to expertly demostrate how to wash your hands to help combat coronavirus.

The band shared a video of frontman Brandon Flowers singing their signature hit Mr Brightside while washing his hands, hoping fans will be inspired to follow suit in the wake of the coronavirus pandemic.

Before posting the clip, they shared a doctored video of a quarantined neighbourhood in Italy singing the song from their windows, stating "This isn't real". Several doctored clips of the same video have been shared online, including fake edits including Katy Perry's Roar and Cheryl's Fight For This Love.

Mr Brightside was a Top 10 hit for The Killers in 2003. Despite spending just four weeks in its original chart run, the song has gone on to be a hit in the streaming era and a regular feature in the Top 100, logging 221 weeks to date.

Last week The Killers released their new single Caution, the lead single from their forthcoming album Imploding The Mirage.

The Las Vegas band are the latest music stars to share a hand washing tutorial to their hit: last week disco legend Gloria Gaynor inspired the public with her hit I Will Survive, and Nicole Scherzinger shared a video washing her hands to Pussycat Dolls' comeback single React.

Best way to wash your hands? Watching this video while you do it 🧼💦 Stay safe and keep washing those hands!! #SafeHands #REACT pic.twitter.com/BaWESDWSc2

As well as video demonstrations, stars have been making use of a new infographic #WashYourLyrics, which generates 20-second hand washing memes to your favourite song. Here's one from Miley Cyrus:

Meanwhile, stars including Lady Gaga and Taylor Swift have been urging fans to self-isolate in a bid to curb the virus. "This is reminding I think a lot of us what it is to both feel like and be a human being," Gaga wrote. "I think it’s so important to acknowledge that we are and must be a global kind singular community. We can’t do this without kindness."

MORE: Major gigs and festivals cancelled due to coronavirus