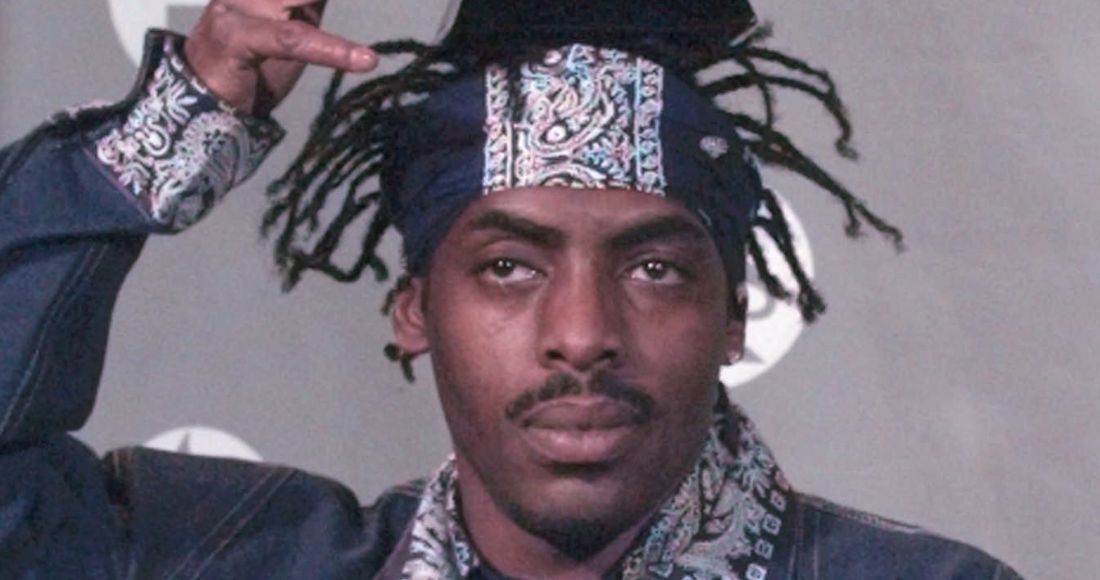 It's been confirmed that the artist - whose real name was Artis Leon Ivey Jr - passed away while at a friend's house in Los Angeles. His death was initially confirmed by his long-time manager, and reported to TMZ.

Coolio was perhaps best known for Gangsta's Paradise, which hit Number 1 on the Official Singles Chart in 1995. As the theme song for the film Dangerous Minds, starring Michelle Pfeiffer, it sampled Steve Wonder's 1976 song Pastime Paradise.

It was a chart-topping hit in the UK for two weeks, and even won Coolio a Grammy for Best Solo Rap Performance.

Earlier this year, Gangsta's Paradise hit 1 billion views on YouTube, proving that even 26 years after its original release, it's haunting lyrics ("as I walk through the valley of the shadow of death...") and pristine production have truly become timeless.

According to Official Charts Company data, Gangsta's Paradise's total UK chart units stand at over 2.3 million. A pure million-seller, it's one of the biggest-selling singles of all time in the country.

Originally born in Pennsylvania, Coolio moved to the area of Compton, California where his rap career began in earnest on the burgeoning West Coast scene. He released eight studio albums in his lifetime, the last being 2009's From The Bottom 2 The Top.

For UK audiences, Coolio will also be well remembered for his stint on reality TV series Celebrity Big Brother, as well as an acting career. In recent years, he had made the move making music to a career in cookery.

Rapper Ice Cube paid tribute to Coolio on social media, saying "This is sad news. I witness first hand this man’s grind to the top of the industry. Rest In Peace.”

You can re-visit Coolio's Official Charts history - including a Number 1 single and a further three Top 10 singles - in full here.