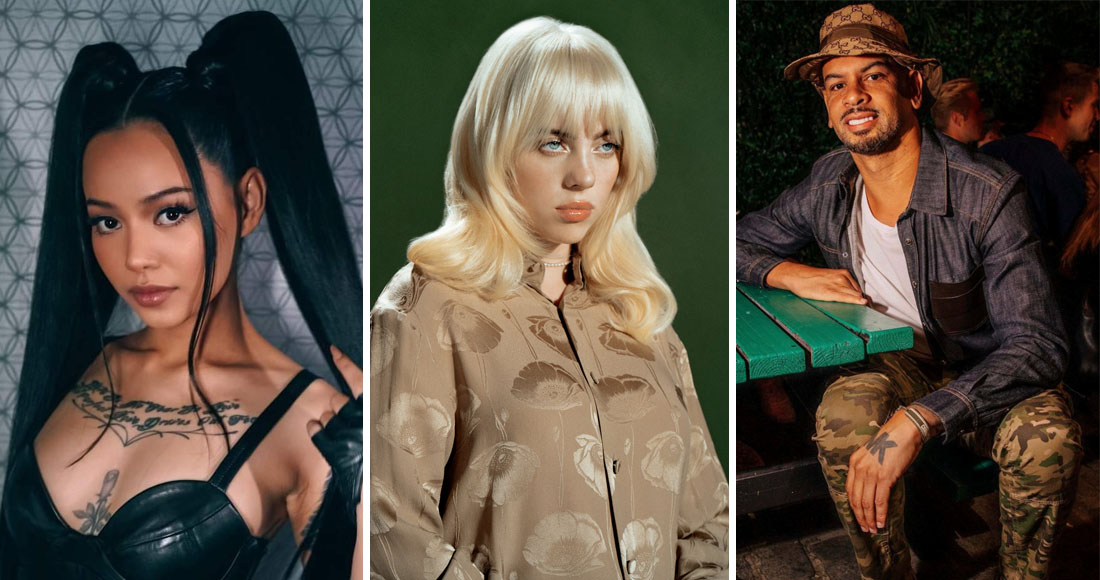 Summer has finally arrived; and after a year none of us are likely to forget, there’s an air of optimism among the public - and popstars - as we cautiously return to social activities.

This reimagining of Boney M’s 1978 disco smash by Majestic has been growing on the Official Chart for the past 12 weeks, and has the potential to soar even further when the summer months are in full swing.

Released last summer, this infectious slice of ‘90s nostalgia is rightfully getting a second lease of life this year, hitting the Top 40 for the first time last month.

The US DJ is probably best known for his 2017 hit 17, and his new single Chemical has summer smash written all over it. An addictive melody, fluttering hi-hats, euphoric breakdowns and a deep, pulsating bassline – expect to hear this one everywhere.

Released in February as a tribute to closed nightclubs around the world, this hopeful dance banger from producer Fred Again.. (Headie One, Ed Sheeran, Stormzy) and The Blessed Madonna feels like it could be a defining anthem of the summer as the clubs (hopefully) reopen.

After landing a Top 20 hit last summer with Fake Friends, New York producer PS1 and Australian artist Alex Hosking are back at it with Life Goes On, a club thumper about picking yourself and moving on that has been steadily climbing up the Top 100 since May.

This sweeping Euro-dance anthem recently earned Swedish duo Galantis their first UK Top 10 single in five years. With the added power of David Guetta (who has quietly appeared on a handful of hits in recent months) and Little Mix, there should be plenty of steam in Heartbreak Anthem this summer.

Holly Humberstone – The Walls Are Way Too Thin

This is shaping up to be the breakthrough hit for Grantham-based artist Holly Humberstone. She wrote the track shortly after moving to London, when she felt she had “lost control of where I was heading and struggling to find my place in the world”.

After an eight-week climb up the Top 40, this Greatest Showman-esque banger-ballad recently gave Kent singer-songwriter Mimi her first UK Top 10 hit – and it doesn’t feel like its journey up the chart is over yet. Find out more about Mimi here.

Top TikToker Bella is making the leap to popstar pretty convincingly with Build A B**ch, an addictive slice of bells-and-whistles (literally) pure pop that is now her first UK Top 40 hit.

Fans of Griff will be aware that Black Hole has been around for a minute, but her BRITs Rising Star win and stellar performance on the night has seen it find a wider audience. Expect this to hang around for a while yet.

The current Number 1 on the Official Singles Chart, Good 4 U marks a welcome return of shouty pop-rock to the Top 40.

“Something's in the air right now…” Billie Eilish sings over a supremely laid-back beat on her latest single. With her new album Happier Than Ever due on July 30, we assume she’s referring to impending summer domination – and we feel it too…

This pop-rap number feels like it was made for poolside cocktail sipping – or tinnies in the park, if that’s more your thing.

The Weeknd – Save Your Tears

The Weeknd’s latest single recently had new life breathed into it thanks to a clever remix featuring Ariana Grande – a move that has already taken it to the upper echelons of the Official Chart.

After scoring a late summer hit with Dynamite last September, BTS are ahead of the game this year with the Queen-channeling Butter.

Listen to our contenders for song of the summer 2021 on Spotify below: