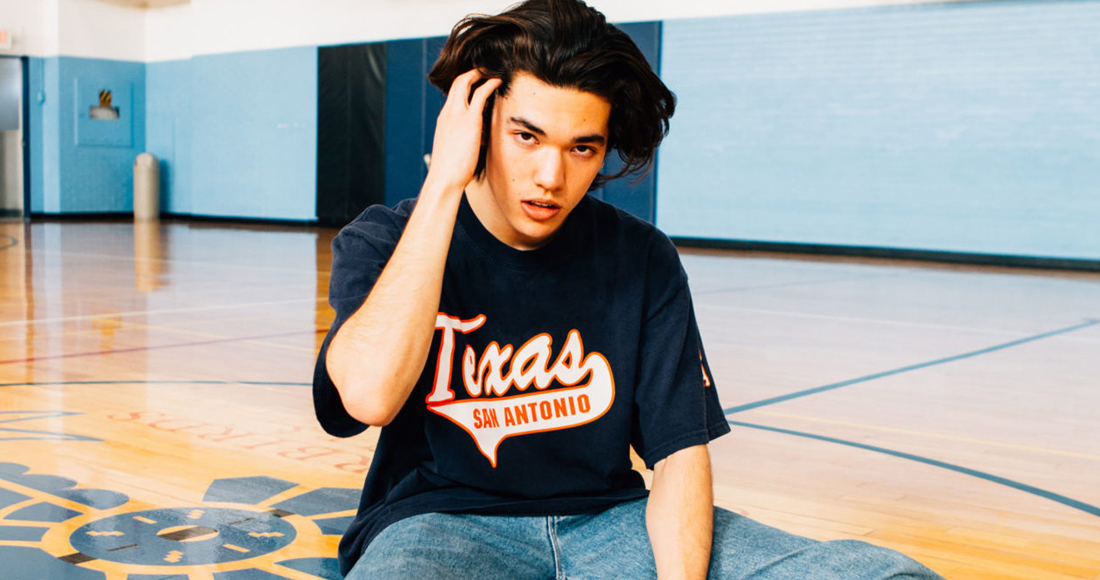 US singer-songwriter and YouTuber Conan Gray is on track to land his first Top 40 on the UK's Official Singles Chart this week with his hugely popular track Heather.

It's the latest step in the 21-year-old's mainstream breakthrough, which has picked up pace dramatically in 2020.

In April, Conan's debut album Kid Krow landed at Number 30 on the Official Albums Chart and Number 5 on America's Billboard 200, making him the biggest new artist debut of 2020 in the US. Kid Krow is also one of the UK's Top 10 biggest debut albums of the year so far.

Before its release Conan had viral hits with Maniac and Wish You Were Sober, the former of which has over 186 million streams on Spotify alone.

Kid Krow has been praised for its raw and honest lyrics rooted in teenage angst along with catchy choruses and clever pop melodies, drawing comparisons to Taylor Swift and Ed Sheeran.

Heather, a track from the album, entered the UK Top 100 earlier this month, opening at Number 96 before vaulting to 41 last week.

The release of the song's music video last week is helping propel Heather even further this week, currently on course to make its Top 40 debut at Number 26 in today's sales flash (Aug. 24).

The folky ballad is about Conan's unrequited crush, who - even worse - is in love with a woman, called Heather. In the video, Conan explores those feelings of yearning and envy by transforming himself in her image. Watch below:

The track's popularity has even turned Heather into a term on TikTok for a beautiful girl.

"When I was in high school, I had a crush on the same one person all four years," Conan explained of the song. "But that one person did not love me back, instead my crush liked a girl named Heather.

"Heather was gentle and beautiful, inside and out. She was warm like a summer day, and had so many friends. She was soft and so easily lovable - everything I am not. The Heather video is my way of becoming all of the things that I envy about Heather. I would’ve done anything to be like her. Wear the right pretty clothes and act the right effortless way. Reject all the things that made me who I am. Anything to be loved back by the person I loved. Anything to be their first choice. The slow transformation throughout the video was made to represent the feminine and masculine traits I constantly switched between in order to become who I knew my crush would like. Somebody soft and sweet. Somebody like Heather."