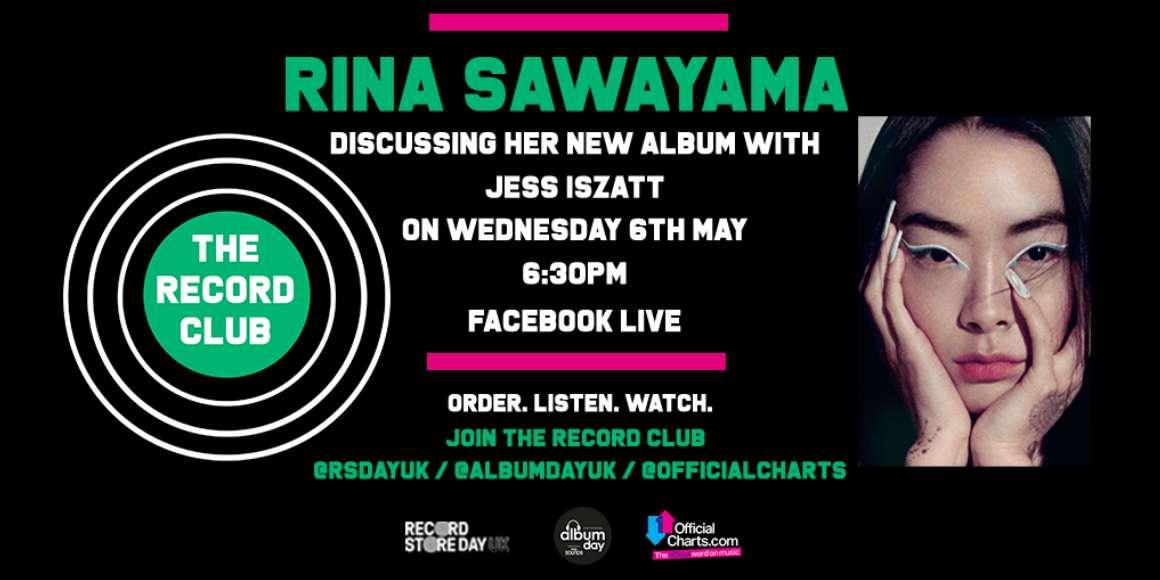 A new live stream series - The Record Club - which will see musicians discuss and celebrate their new album releases during lockdown, is set to launch next week.

The bimonthly broadcast - a joint venture between Official Charts, Record Store Day and National Album Day - will broadcast on Facebook every other Wednesday at 6.30pm. The first episode will air on May 6.

The series will be hosted by Jess Iszatt (BBC Music Introducing / BBC Radio London), and will encourage viewers to order the selected album through independent record shops online, give it a listen, then watch the broadcast to find out all about it.

Jess will be joined each episode by the artist for a deep-dive into their new release, telling us the unheard stories behind the making of the album and sharing their inspirations behind the record. Jess will also take questions from viewers, one lucky participant each episode will win a £100 record token.

The first episode will see Jess in conversation with Rina Sawayama, the Japanese singer-songwriter who released her acclaimed debut album SAWAYAMA through Dirty Hit (home of The 1975, Wolf Alice) earlier this month.

An exclusive version of Rina's album on limited edition green vinyl is currently available from indie record shops. Find out where your nearest record shop is on the map below, click through directly to their online store and start crate-digging.

Join us at the first episode of The Record Club, 6.30pm, Wednesday 6 May, on Facebook Live. Make sure you're following Official Charts on Facebook, and sign up to the broadcast now to get a reminder when the broadcast is about to start.