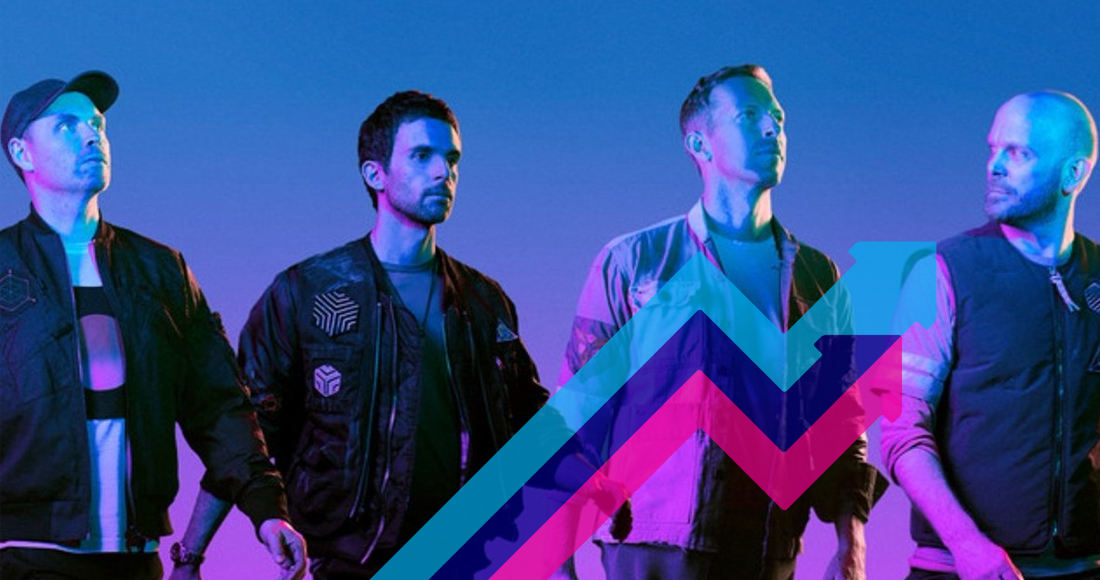 The single had its release last Friday following a link-up with the International Space Station, and premiered after the band chatted live to French European Space Agency astronaut Thomas Pesquet. They 'beamed' a specially recorded performance of the track (featuring dancing alien holograms) up to the ISS for Thomas to premiere.

Higher Power is the band's first new music since 2019, and is on course to become their first Top 10 single for four years - and 19th overall - as it sits at Number 8 midweek.

Other new and first-time entries making an impact in the UK this week include potential Top 40 debuts from J Cole, Trippie Redd & Playboi Carti, and Pink. Further down we see future hits from US indie rock band Surf Curse's Freaks - originally released in 2013 but enjoying a recent boost thanks to TikTok - Black Magic by rising producer Jonasu, and Brentford's finest Kurupt FM who have teamed up with Craig David for Summertime.

Finally, Noisu's Summer 91 (Looking Back) and Fred Again & The Blessed Madonna's Marea (We've Lost Dancing) could both finally climb into the Official Top 40 this Friday.