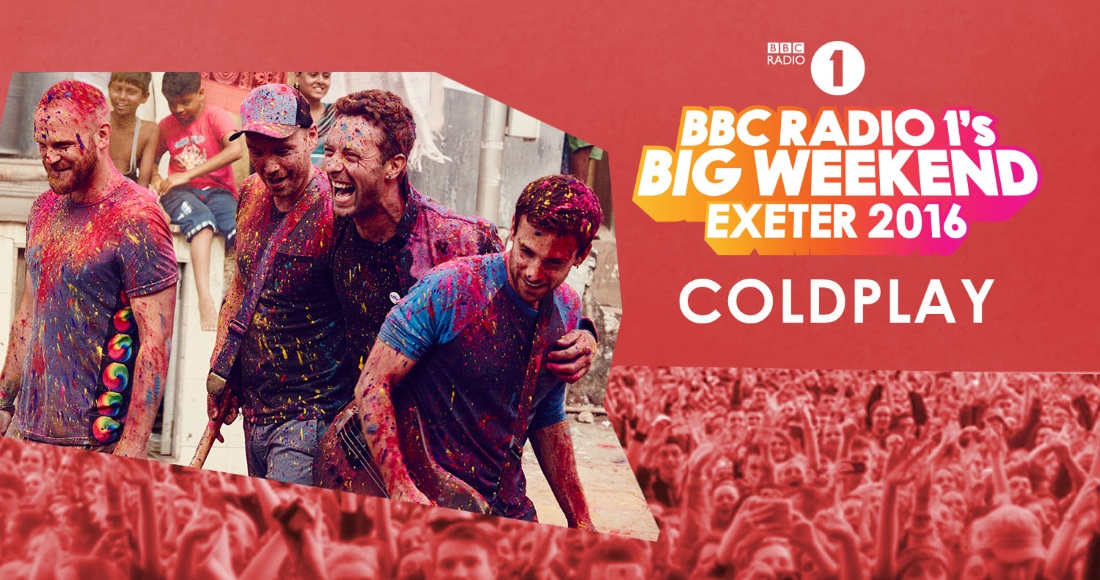 Coldplay will headline this year's Radio 1 Big Weekend, it has been announced.

The band top the bill at this year's festival, which takes place in Exeter's Powderham Castle on May 28 - 29.

Coldplay will so far be joined by four other newly-confirmed performers: Ellie Goulding, Bring Me The Horizon, Craig David and Chase & Status, the latter of which celebrated the news on Radio 1 by premiering a clip of a brand new song from their upcoming album - click here to listen. More acts are expected to be announced in the coming weeks.

“I was born and raised in Exeter so being part of Radio 1’s Big Weekend this year means a huge amount to me personally," Chris Martin said. "I lived the first few years of my life less than 500 yards from where we’ll be performing so this couldn’t be more of a homecoming for me. Guy, Will, Jonny and I are honoured to be on the bill and we’re looking forward to a very special show.”

Craig David said: "I've always been a huge fan of Radio 1's Big Weekend and I'm excited to be a part of it this year. From hearing 'When The Bassline Drops' on the station to playing it live for the fans, this has been one of the most exciting journeys of my career."

Radio 1's Big Weekend is billed as Europe's largest free ticketed festival, with the majority of the tickets going to residents of Exeter and its surrounding areas. Recent years have seen it held in Norwich, Glasgow and Londonderry.

Radio 1 presenter Nick Grimshaw said: "Big Weekend is my highlight of the year - I can't wait to bring you the best in live music and to spend a weekend celebrating the start of the summer in Exeter."