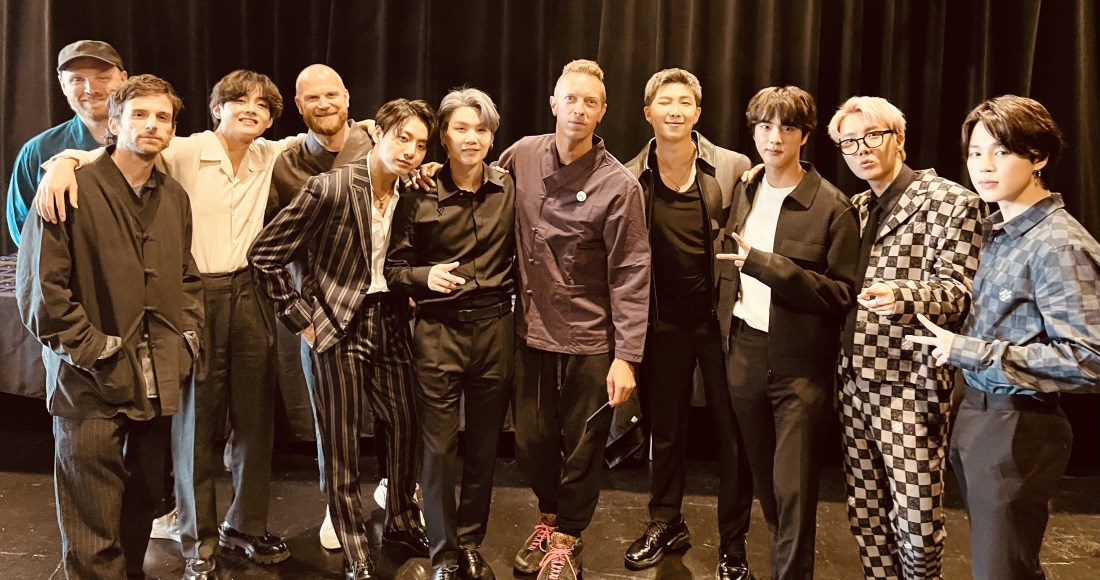 Coldplay and BTS’ intergalactic collaboration My Universe rockets into the Official Irish Singles Chart as this week’s highest new entry.

The highly-anticipated team-up between the British rock group and Korean boyband orbits Number 15, becoming Coldplay’s highest-charting single in Ireland for four years, since 2017’s Number 3-peaking Something Just Like This with The Chainsmokers. For BTS, My Universe marks their ninth Top 50 hit on the Official Irish Singles Chart.

Further down the Top 50, new entries this week include: Belgian producer Lost Frequencies and English singer Calum Scott with Where Are You Now (43); Tell Me Something Good by Scottish DJ Ewan McVicar (47); and the latest track from Californian musician Tai Verdes titled A-O-K (48).