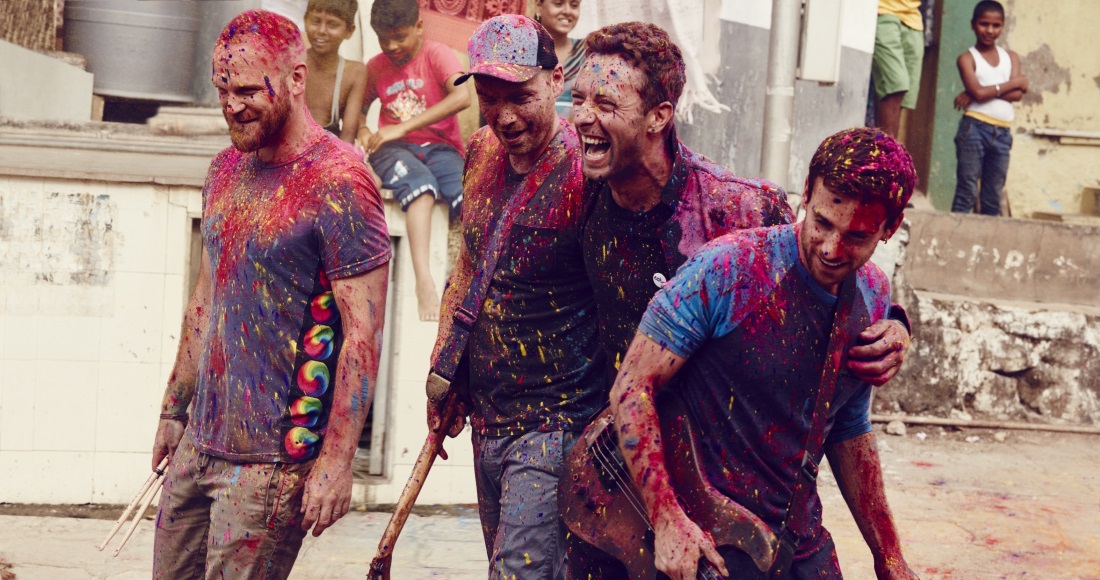 It’s the battle of the behemoths as Coldplay fight it out with Adele for the top spot on this week’s Official Albums Chart.

Coldplay’s seventh album A Head Full of Dreams is currently in the lead with mammoth sales so far of just under 160,000. But with a lead over Adele’s 25 (2) of just 2,000 combined sales, their victory by Friday remains to be seen.

There is little change in the rest of the Top 5; Elvis Presley’s If I Can Dream is at 3, Justin Bieber’s Purpose is at 4 and Jess Glynne’s I Cry When I Laugh is set for a 16th consecutive week in the Top 10, currently at 5.

New entry Love, Sax and Flashbacks – the debut album by Fleur East – looks set to dive straight into the Top 10, currently at Number 7, and Sigma’s debut album Life starts at Number 19. The collection includes their five Top 40 singles, including the Number 1s Nobody To Love and Changing ft. Paloma Faith.

Bette Midler’s new album A Gift Of Love goes in at 25, YouTube star Troye Sivan opens at 30 with Blue Neighbourhood, and Rush’s R40 – Live lands at 31.