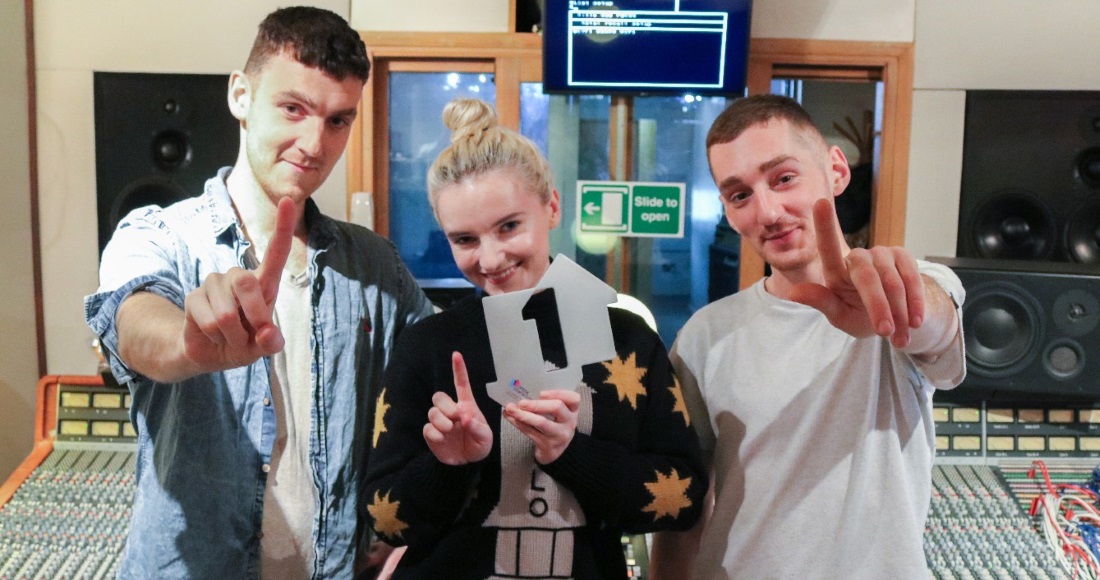 Clean Bandit’s Rockabye celebrates a fourth stint at Number 1 on the Official Singles Chart this week.

The collaboration with Anne-Marie and Sean Paul notched up 82,500 combined sales over the last seven days to keep its place at the top, made up of 40,000 downloads and 4.24 million streams.

The track now matches the chart success of their previous chart-topper Rather Be, with both now having spent four weeks in pole position. Rockabye is Clean Bandit’s seventh Top 40 hit on the Official Singles Chart – check out their complete Official Chart history here. Watch the band celebrate below:

Meanwhile, The Weeknd dominates this week’s tally, with all 18 songs from his Starboy album inside the Top 100. Six of those lands inside the Top 40: Starboy rebounds from 8 to 3, I Feel It Coming leaps nine places to 9, Party Monster is at 17, Rockin’ at 26, Sidewalks at 30 and Reminder at 39.

Rag‘n’Bone Man’s Human – this week’s Number 1 on the Official Trending Chart – zooms 66 places to Number 11, giving the rising star his first UK Top 40 hit. The singer-songwriter, real name Rory Graham, has been nominated in the BBC's Sound of 2017 and the Brits Critics' Choice prize.

Elsewhere, Jonas Blue’s By Your Side ft. Raye jumps six spots to new peak of 15, and Tom Zanetti’s You Want Me leaps nine spots to 25.

As the Christmas season gets under way, Mariah Carey’s All I Want For Christmas Is You finds itself back in the Top 40 this week, up 43 places to Number 29.

This marks the song’s eleventh year in the UK chart, having re-entered the Official Singles Chart Top 40 every year since 2007, shortly after downloads started counting towards the chart. Full story here.

Look back through every Official UK Number 1 single of 2016 so far below: