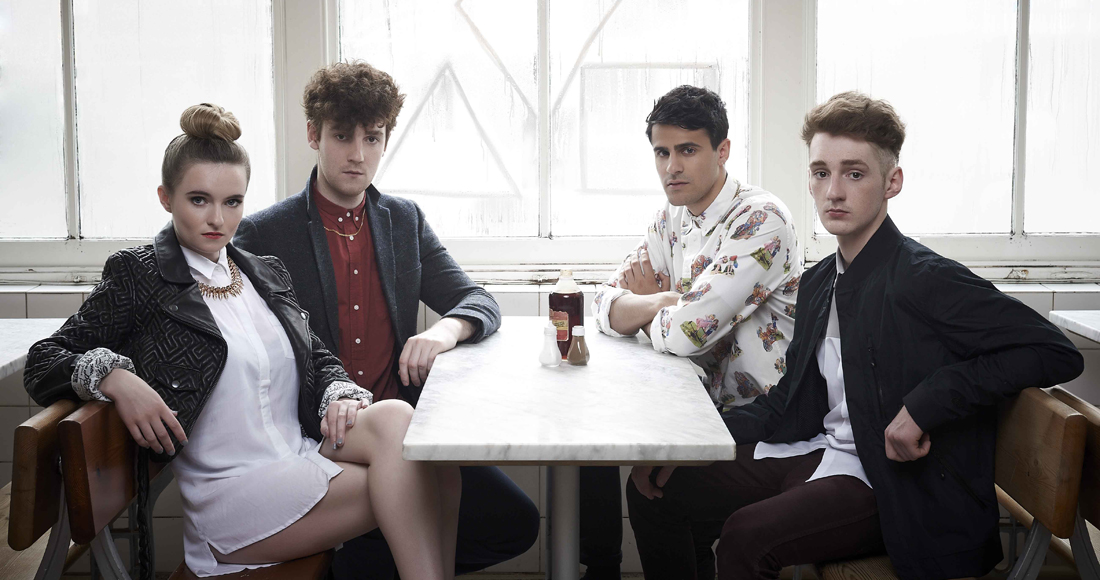 Clean Bandit are set to knock Pharrell Williams off the top of the Official Singles Chart this weekend with Rather Be FT Jess Glynne.

Clean Bandit made their Official Chart debut early last year with the infectious Mozart’s House, peaking at Number 17, and now they are eyeing pole position this weekend with their latest offering, Rather Be.

Based on the latest Official Charts Company sales data, Rather Be has sold nearly 94,000 copies in the UK this week, should it maintain its lead through to Sunday’s final whistle, Rather Be will not only become Clean Bandit’s first ever Number 1, it is also on track to become the fastest selling single of 2014 so far. The current record holder, Pitbull and Ke$ha’s Timber had sold 82,000 at this same stage in its first week of release, and 138,000 copies total by the end of its first week.

The Vamps are on track to bag themselves another Top 5 single this weekend. Wild Heart, the pop rockers’ follow-up to their debut single, Can We Dance, is new in at Number 2 today.

Pharrell’s Happy is down two places to Number 3 today. Girl group Neon Jungle are new in at Number 4 with their second single, Braveheart, while  Pitbull and Ke$ha’s Timber is down three places from Number 5.

There are two other new entries and two re-entries on today’s Official Singles Chart Update Top 40.

Macklemore and Ryan Lewis are on track to score their fourth Top 40 hit from debut album The Heist this weekend. The US duo have teamed up with rapper Schoolboy Q for their latest single, White Walls which climbs 21 places to Number 32 today.

Miley Cyrus’s Adore You is also climbing up the Official Singles Chart. The follow-up to her chart-topping hits We Can’t Stop and Wrecking Ball has shot up 11 places to make its Top 40 debut at 37 today.

Meanwhile, John Newman’s former Number 1 smash, Love Me Again, is up six places to 36, and The Vamps’ Can We Dance climbs seven places to Number 40.