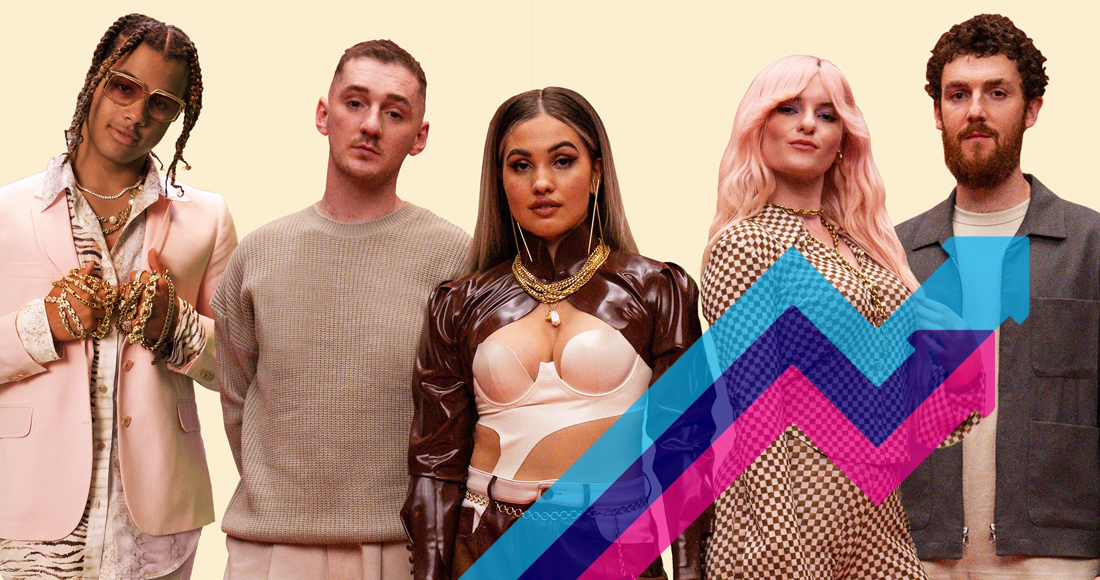 Following a five-week climb, the track is on the cusp of entering this week's Official Singles Chart Top 10 this week, currently up four places at Number 9 on the midweek update.

To date, the song has been streamed 12 million times in the UK, and its music video has notched up 18.5m global views at time of writing.

As well as being a powerhouse combination of chart vets Clean Bandit, who have 12 Top 40 hits to their name including four Number 1s, and Mabel who has 5 Top 10s under her belt, the song features a verse from the current Number 1 holder, 24kGoldn, who burst onto the scene earlier this year with breakout hit City of Angels.

MORE: See all of Clean Bandit's hit songs on their Official Chart history

Elsewhere on this week's Official Trending Chart, there are ten brand new tracks already making waves in the UK.

808 by Da Beatfreakz ft. Dutchavelli is set to be this week's highest new entry at Number 22 midweek (rapper Dutchavelli also claims a second entry with Bando Diaries). Franchise by Travis Scott ft. Young Thug & M.I.A. is also set for a Top 40 debut, and Brighton Rock duo Royal Blood's first new music in three years, Trouble's Coming, will be the band's first ever Top 40 single if it stays on track.

We're also graced with the return of new dad Zayn, a little bit of Magic from Kylie Minogue and a big new collab from 220 Kid and JC Stewart, while rapper turned pop-punk powerhouse Machine Gun Kelly lands two entries following the release of his latest studio album, Tickets To My Downfall.