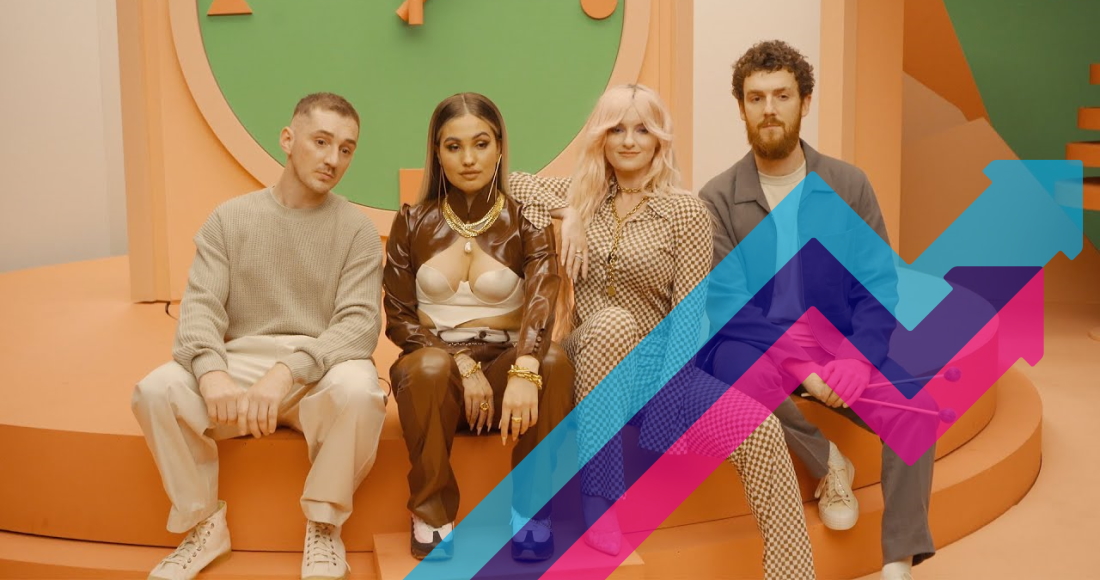 Clean Bandit and Mabel are back on top of the Official Trending Chart with Tick Tock ft. 24kGoldn.

The track has been on the cusp of breaking the Top 10 for the last four weeks, and is on course to climb to Number 10 this Friday (Oct. 16), according to the midweek sales flash.

Sigala and James Arthur's new collaboration Lasting Lover is also close to reaching the Top 10, set to climb another six places this week to Number 11.

There are two brand new entries each from Headie One and D-Block Europe, following the release of their respective debut albums: Headie One's Princess Cuts ft. Young T & Bugsey and Bumpy Ride ft. M Huncho feature on Edna; while Destiny and Birds Are Chirping are straight off D-Block Europe's debut studio release The Blueprint: Us vs Them. See how both albums are getting on midweek here.

Other new entries come from Dutchavelli with Cool With Me ft. M1llionz, Little Mix's Not A Pop Song, Chip's latest diss track Flowers, and Jax Jones' I Miss U ft. Au/Ra.

Finally, BLM by OFB's Bandokay and Double Lz ft. Abra Cadabra. The group tell a tale of life as a young Black man in London over a sample of the famous piano track from Coldplay's Trouble.

The moving track is only the second ever song to secure permission to sample a Coldplay song (the first was Drake on his 2009 track Congratulations). The band confirmed that proceeds from the Sample are going to the Broadwater Farm Community Centre and Juvenis, which are community projects in London.